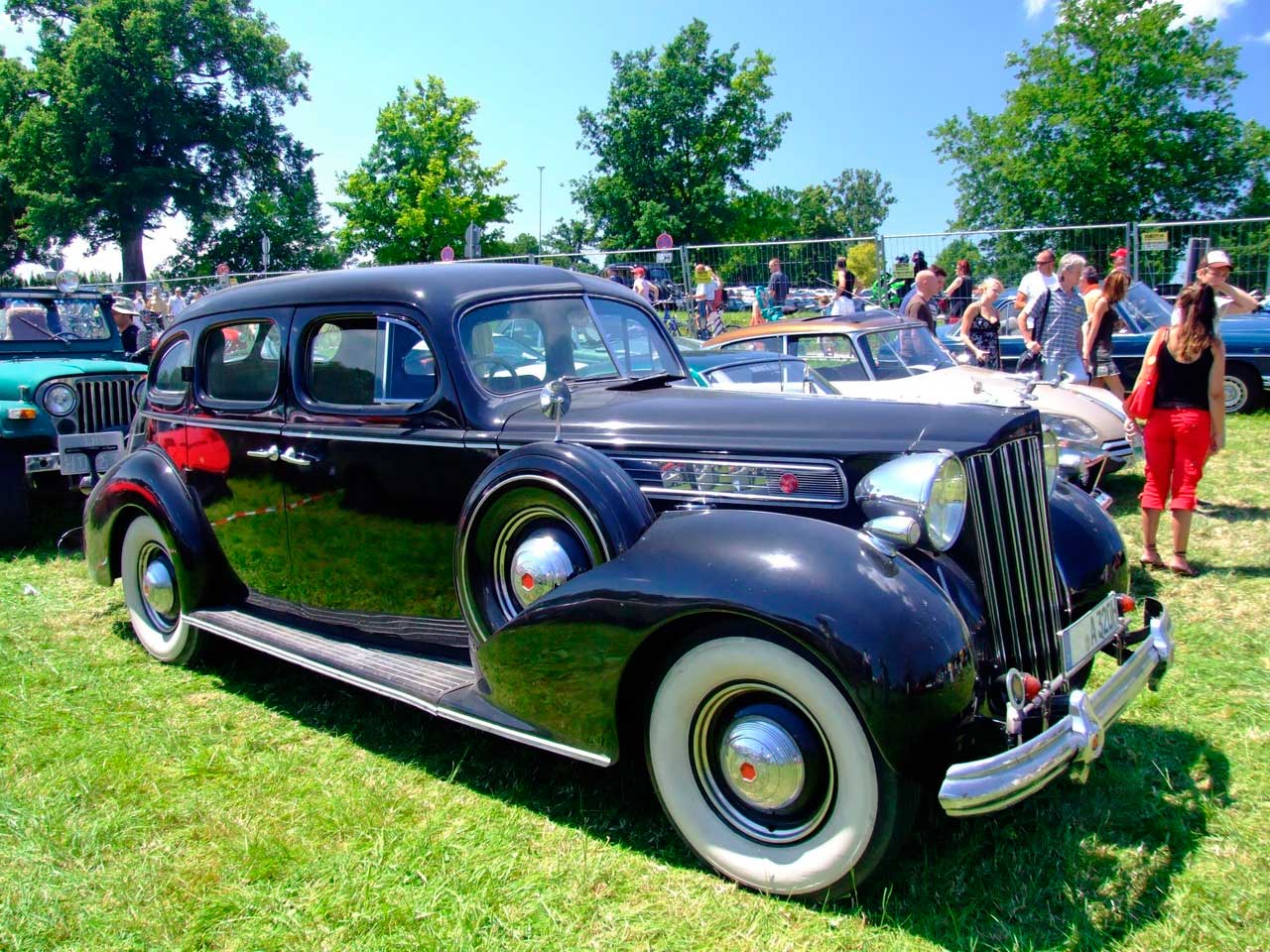 The Super Eight series, comprised of the 1703 and 1705 models, received the biggest changes for 1939. The number of available Super Eight body styles was reduced for 1939 from 15 to just six.

Four were on the 127-inch wheelbase length and two on the 148-inch wheelbase chassis. The 1703 body styles consisted of a club coupe, convertible coupe, touring sedan, and convertible sedan. The 1705 series was available as a Touring Limousine and a Touring Sedan. The custom models were no longer offered.

Power was from an L-head straight eight displacing 320 cubic-inches and offering 130 horsepower. Cylinder heads were now cast-iron for durability. The transmission was a three-speed selective synchromesh unit with column-mounted gearshift controls. Hydraulic brakes provided the stopping power. The compression and rear-axle ratios were updated for 1939.

They offered in their Super Eight brochure the phrase, ‘For you who want a super car.’

For 1939, Packard produced 3,962 examples of the Super Eight. As always, they were built to the highest standards and were one of the finest American cars of the pre-war era.