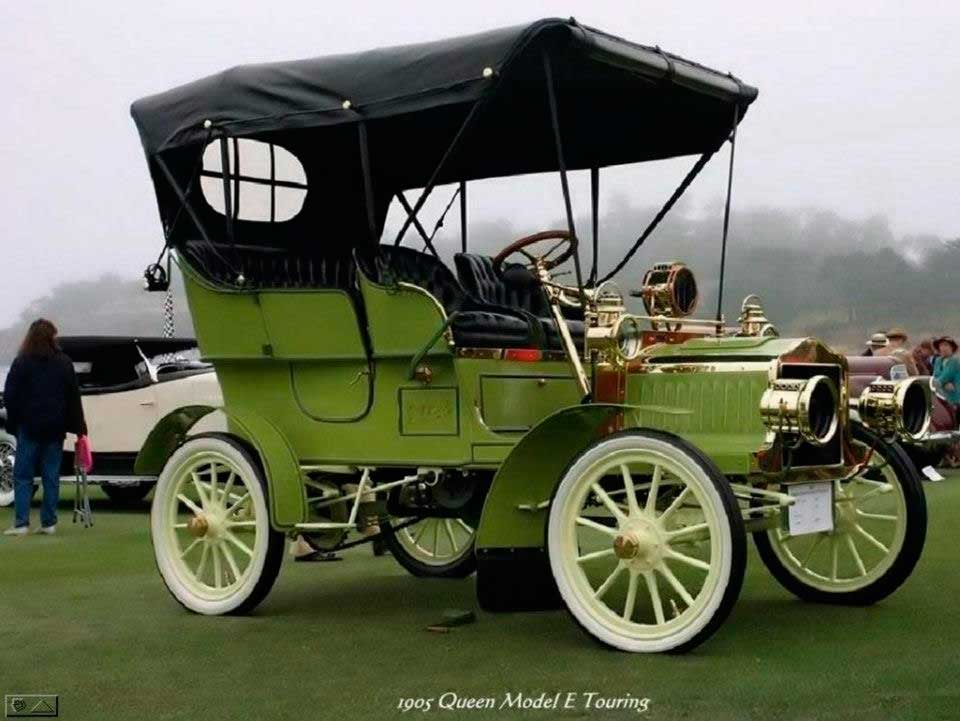 In 1904, Carl H. Blomstrom introduced an American Automobile called the "Queen" and had a very successful season. The "Queen" was the same small single cylinder engine and patented two cylinder opposed engine Runabouts he produced in Detroit as the Blomstrom in 1902 and 1903.

Three new models were built for 1905 and 1906. A Queen Runabout and two Touring Car of different horsepower.

The two passenger "Queen Runabout model F" shown below was equipped with a 12-14 horsepower two cylinder engine and a two speed planetary transmission. It was chain driven and had a 78 inch wheel base. This "Runabout" sold for $800.00.

The five passenger "Queen Touring Car" had a detachable Tonneau side entrance. This new model had a 18 horsepower two cylinder engine, two speed planetary transmission and like the Roadster was chain driven. This Touring car with a wheel base of 84 inches sold for $1,100.00. 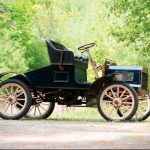