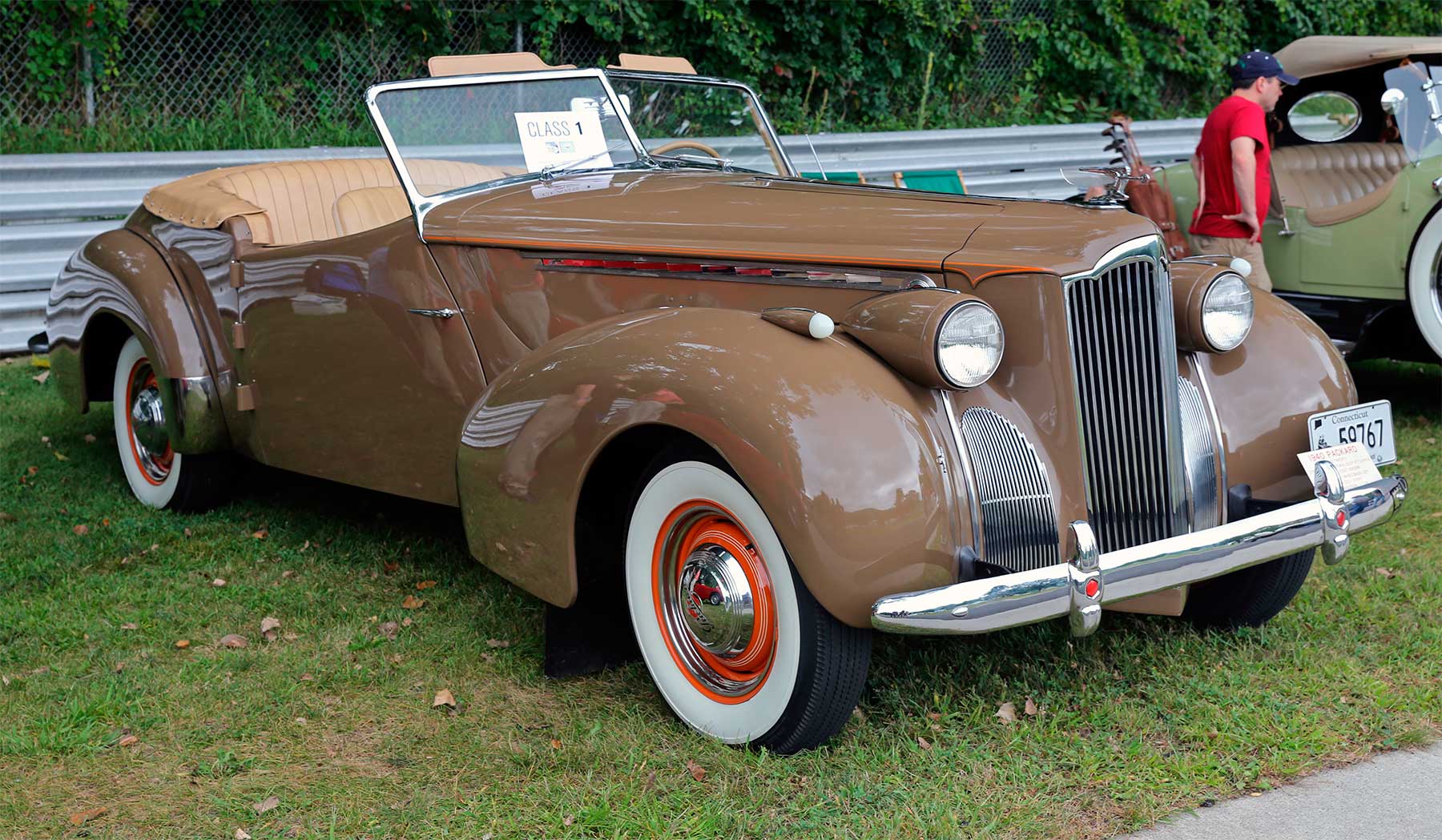 The Packard One-Eighty Super Eighty Custom Darrin Convertible Sedan is a 120 model from late 1939 in the convertible definition engineered by Darrin.

The 18th Series began on August 8, 1939 with modified bodies: the headlights were positioned in the middle of the wings, the steps were less prominent and the narrower bow grille was rounded and flanked on either side by two small “corridor” grilles located on the front wings between the grille and the headlights.

Under the hood, the engine receives a redesigned cylinder head to improve intake. The long versions are removed and the range includes 4 De Luxe versions: Club Coupe ($1,161), Touring Sedan ($1,246), Club Sedan ($1,314) and Convertible Coupe ($1,318). At the beginning of 1940, the range was completed by the Victoria Convertible built by Howard’Dutch’ Darrin, the Californian designer who had just signed an agreement with Packard to produce his models in the factory in Connersville, Indiana, which was made available to him. Packard thus finds an inexpensive way to offer a response to the new Lincoln Continental (at the public price of $3,819 anyway). The total production of the 120 increases by 59% and reaches 28,138 units (29% of all Packards).