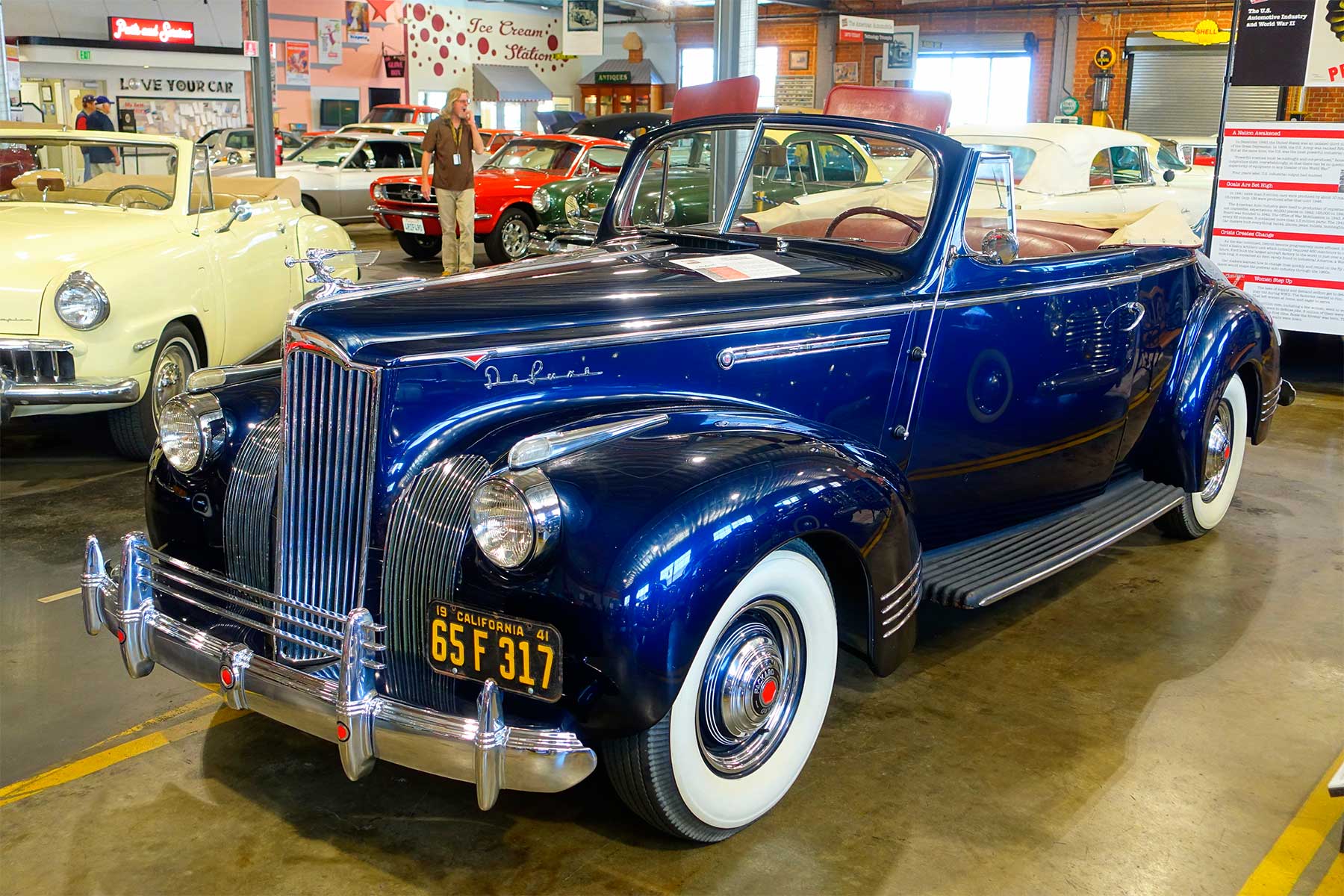 With superb sales in 1940, the most junior of the Junior Packards was offered in a wide variety of body styles for 1941, with Deluxe versions available for every One-Ten except the business coupe. A new 133-inch six-cylinder chassis was added as well, with Packard now entering the taxicab business in earnest.

“Elec-tromatic” was Packard’s name for the new semi-automatic clutch, and overdrive was now called Aero-Drive. Two-tone paint schemes were available, and the running-boards were removed (though still remaining available optionally). The shorter hood louvers also served as hood releases.

Options for the One-Ten included heater, radio, spotlight, and despite its low-line status, air conditioning. For 1942, Packard made a decision to retain numerical designated models within its senior line and the One-Ten reverted to being called Packard Six.