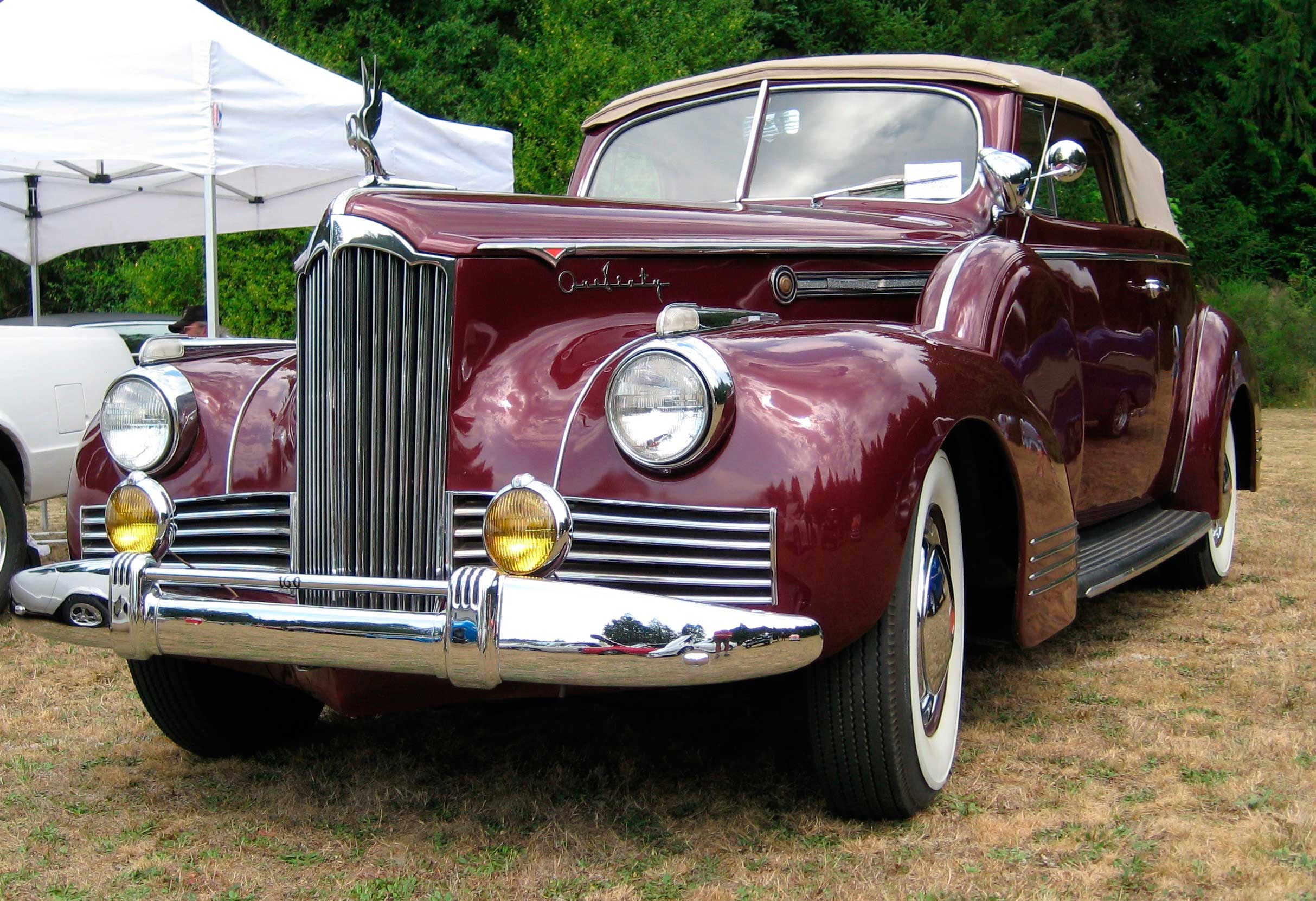 20th series (a.k.a. 1942) Packards were again facelifted from the previous year. New were eight basic models, four in the traditional form, and four based on the Clipper design introduced in 1941.

Special and Custom Six and Eights replaced the former One-Ten and One-Twenty, and their Deluxe variants. Technically, there were few differences. Super Eight and Custom Super Eight models were considered “senior” Packards.

There were still a few custom built Packards, with the dashy Darrin Victroria best remembered. Traditional models are identified by large horizontal side grilles, and more massive headlight rims topped by a heavier chrome trim.

Clipper models got a slightly revised grille, and a new two door club sedan style. Model year ended early, and the last 1942 models were delivered with “black-out” trim because of war restrictions on chrome.

Turn signals and dish-shaped hubcaps that did not say “Packard” were common to both Junior and Senior Packards for 1942.

Clipper styling came to the One-Sixty in a club sedan and touring sedan on the 127-inch wheelbase, the convertible coupe being the only traditionally-styled One-Sixty now on that chassis.

The traditional One-Sixty look remained on the 138-inch and 148-inch cars, the latter chassis now including a new business sedan and limousine. There was a nod to the Clipper even in these models, however, with the change from vertical to horizontal in the grilles flanking the radiator (all non-Clippers featured this). Electric windshield wipers and an accelerator pedal starter were also new to the One-Sixty this year.