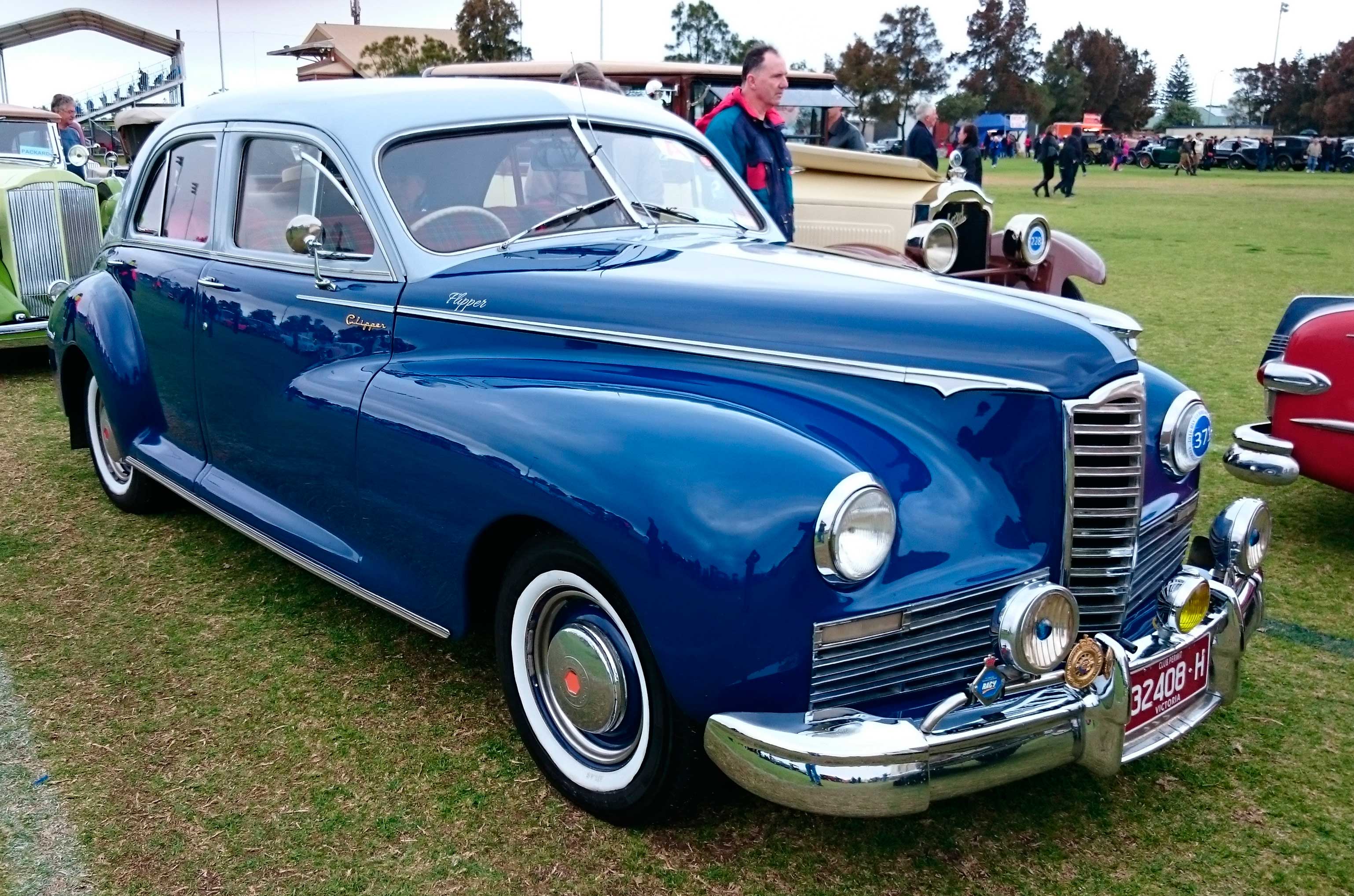 The 1946 Packards were an extension of the 1942 Clipper line with practically no changes. A single body stamping was used for Packards, even though length of the wheelbase varied by series.

Changes in length were taken up ahead of the firewall with longer front end sheet metal. Unlike other models, the horizontal grille extension bars running below the headlights did not wrap around the front body corners. In addition, the “six” did not carry model identification script below the vent windows on the front doors.

Available body types included a two-door Club Sedan with a fastback roofline and a conventional four-door sedan. Also provided, with six-cylinder power only, were a taxicab sedan.