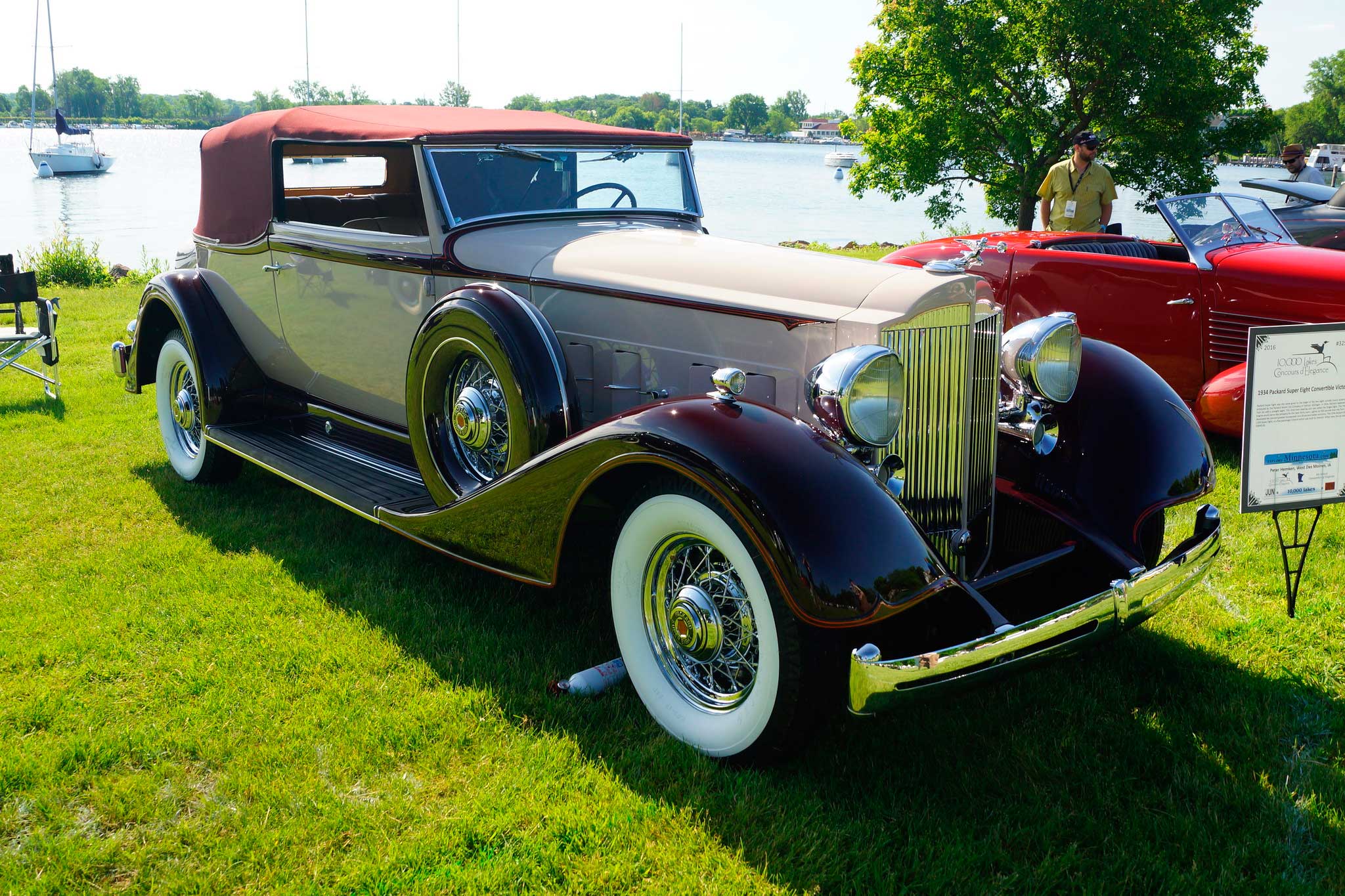 The Packard Super Eight Convertible Victoria is an automobile that has a 2 door convertible/cabriolet type body with a front located engine delivering its power to the rear wheels.

This Packard went on sale for $3,640. At an auction house, a Packard Super Eight Convertible Victoria from Richard and Linda Kughn’s collection was auctioned for $225,500 in 2013.

For many, the 1934 model Packards, which the factory dubbed the Eleventh Series, represent the height of the company’s pre-war efforts. They were the final models with traditional open fenders, albeit gently skirted, and the upright radiator shell for which the company had become well-known. Books have been written solely about this model year Packard, and it is widely considered among the most beautiful of all Classic Era production automobiles.

The Eleventh Series Packard offered here features the massive 142-inch wheelbase, 1104 Super Eight chassis on balloon-like 7.50×17 tires, isolating the passengers from all but the worst bumps. A Ride Control lever allows the driver to adjust the resistance of the hydraulic shocks from soft and cushy to a firmness that would tighten handling and give a true feel of the road. Under the hood, a regulator monitors and controls oil temperature, allowing the use of the same viscosity lubricant year-round. The first full-flow oil filter, a larger pump, and an oil pressure regulator further ensured that things would literally run as smoothly as possible.

The exterior displays the artistic attention to detail for which Packards were noted, with the angle of the deeply vee’d radiator shell mimicked in the lenses of the Packard Twelve-style headlamps and parking lamps. In the center of the dashboard sits the Packard crest, surrounded by that same iconic shape.

The tan leather interior is strikingly set off by rich, burled wood trim, a six-gauge control panel, and dual glove boxes set into either end of the wood-faced dash. Tan cut-pile wool carpeting completes the sensation of being surrounded by only the finest materials.

This Packard’s overall impression is one of genuine elegance. It does not scream “look at me” the way some extravagant classics do, because it simply does not have to. Its lines, colors, and accents automatically draw the eye, and the pleasing harmony of the whole vehicle, plus the obvious craftsmanship that went into its creation, make it more than a very desirable classic car—it is a genuine work of art. It displays the good taste of its owner just as effectively as it did in 1934.