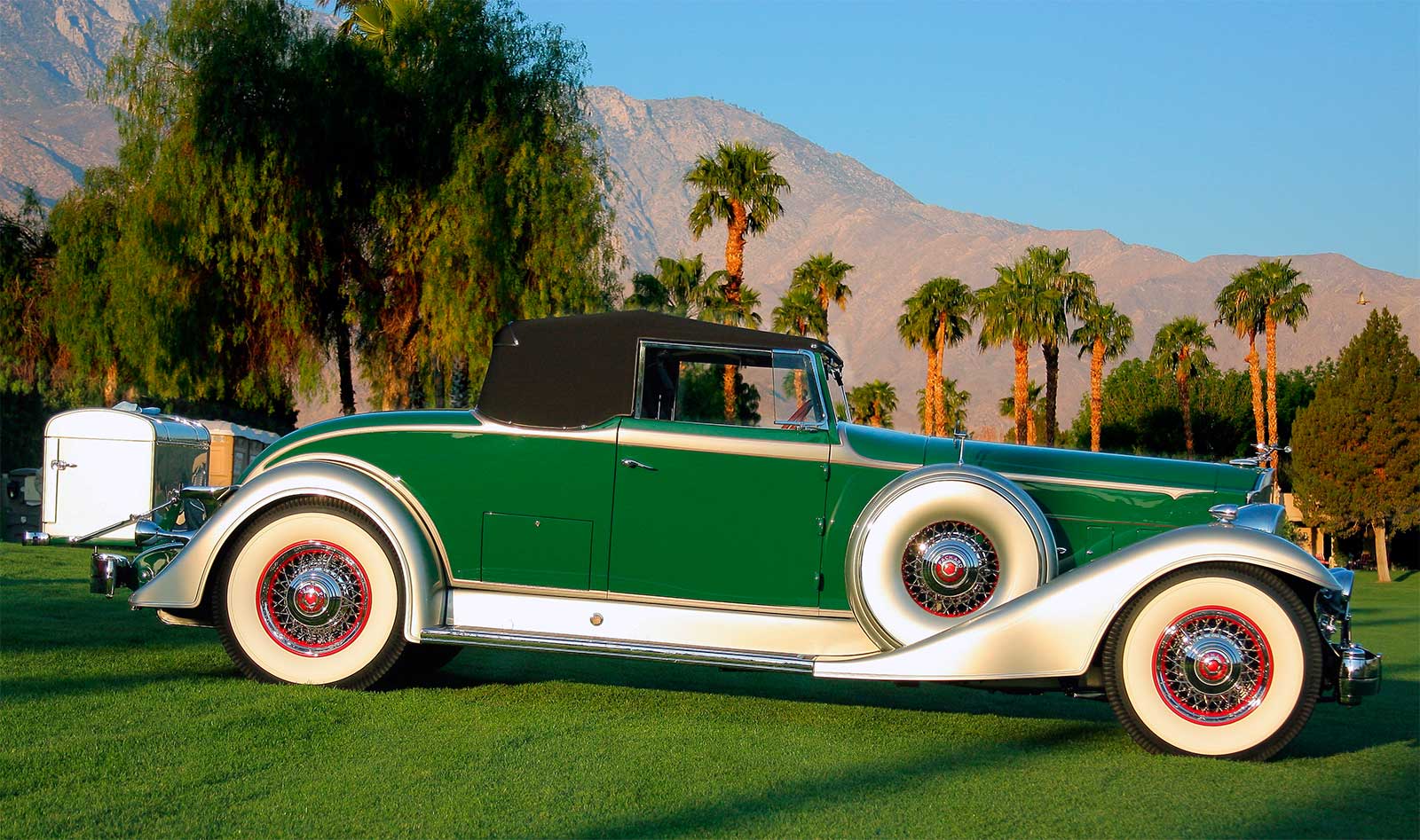 This 1933 Packard Twelve Coupe Roadster has a two-door convertible/cabriolet body with a front-mounted engine that delivers power to the rear wheels.

The Twelve Coupé-Roadster is part of Packard’s 1005 Series. It is powered by a natural aspiration engine with a capacity of 7.3 litres. This power plant features a side valve gear, a 12-cylinder 60-degree V design and 2 valves per cylinder. It develops 160 hp (119 kW) of power at 3,200 rpm. The engine transmits its power to the wheels through a 3-speed manual gearbox.

Each of these thirty-seven different models in this 1933 series had the quality of a real Packard. The Packard Eights were not as powerful or large as the Super Eights and the Twelves and they were not as luxurious in their finishes, but from the point of view of the quality in the materials and the precision in the workmanship, there were no better cars manufactured.

The Packards of this 10th series of 1933 are beautiful in appearance. They had been modernized, but still retained Packard’s traditional lines. The policy of some manufacturers had been to bring out each year a new model that changed so radically in appearance that the previous model is definitely obsolete.

For many years, Packard had successfully pursued a different and much more difficult policy to implement. His policy had been to maintain the modernity of the new models in appearance without serious detriment to the previous year’s model. The result had been that in the Packard there were always present certain characteristics of appearance that were embodied in the Packard of previous series.

The radiators and bonnets of the new cars in the Tenth Series are higher. Anti-splash mudguards are now used. The windscreens have a steeper inclination and the windscreen beams melt into the bonnet without a visible joint. The body mouldings have been raised, which increases the impression of lightness and length. The well-proportioned lines sweeping from the radiator to the rear bumper produce an aerodynamic effect that adds a decided new look of fluidity in line with the brilliant performance of the new cars.