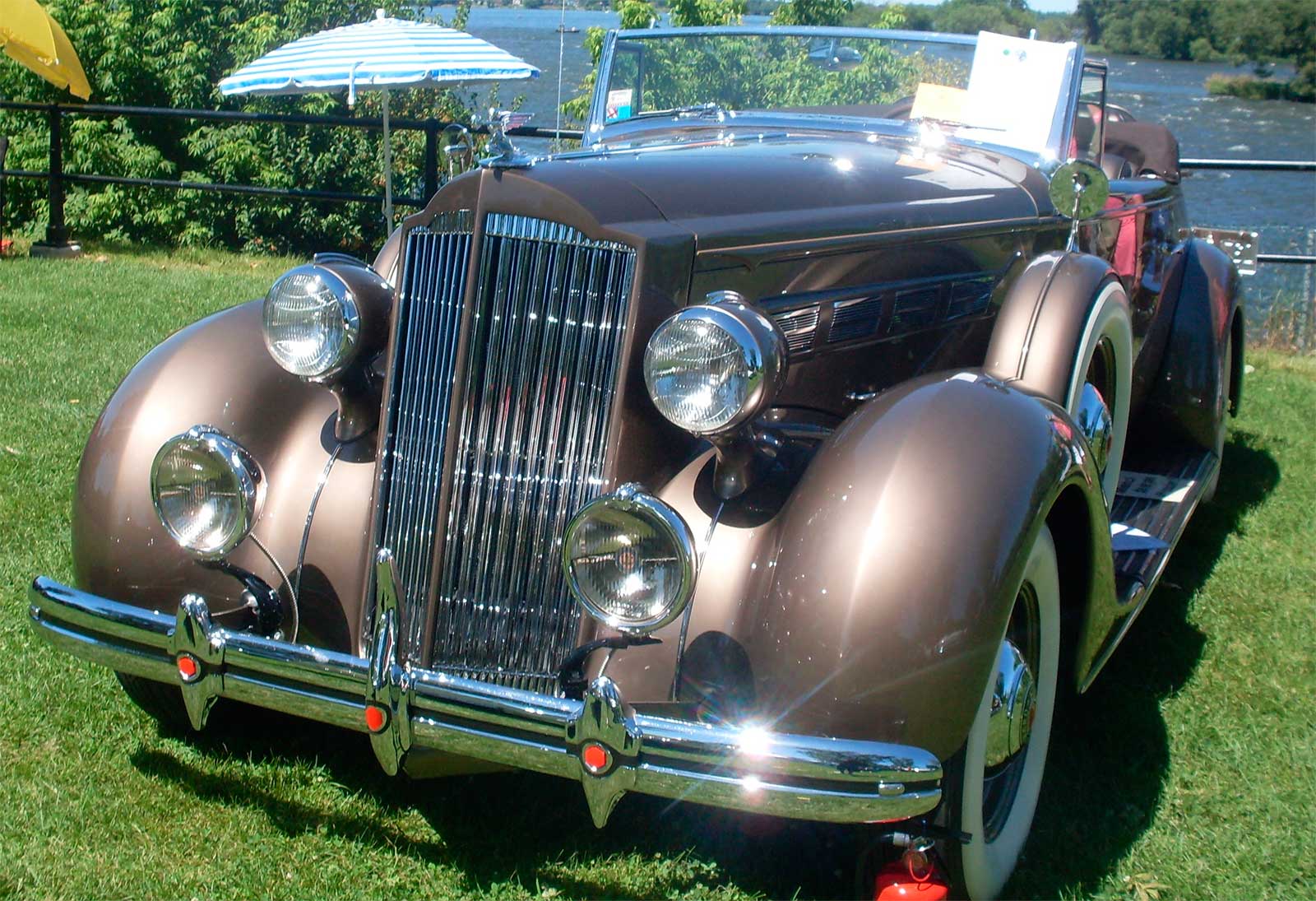 A station wagon was a new for One Twenty line, but so also were three body styles (touring coupe, club sedan, touring sedan) designated 120 CD, the “d” standing for “deluxe” and came with standard options such as a clock, deluxe radiator ornament, nicer trim, white wall tires, full Marshall springs in the seats, a banjo spoke steering wheel, sponge-backed carpets and automatic radiator shutters. Late in the model year, two more versions of the One Twenty joined the model line, these on a 138-inch wheelbase, seven-passenger touring sedan and limousine.

The One-Twenty signified the first time that Packard had entered into the highly competitive mid-priced eight-cylinder car market. Packard enthusiasts view the production of the One-Twenty and the Six/One-Ten models as the start of Packard’s losing its hold on the market as the premier American luxury automotive brand. It was a marketing strategy shared with GM’s LaSalle, the Chrysler Airstream, and the Lincoln-Zephyr.

This 120 features dual side-mounted spare tires with metal cases and accessory mirrors, bumper guards, a rear-mounted luggage rack, Trippe lights and wide whitewall tires wrapping painted steel wheels with chrome hubcaps and trim rings. This 1937 Packard 120 Convertible Coupe provides a rare opportunity to own one of the finest-engineered prewar American automobiles, representative of a time period when Packard was at the height of its powers.

The 120 was a great car simply because it offered Packard 8-cylinder power in a smaller package. Enthusiasts in the know will argue that the 120 is perhaps the best-driving Packard of the era, simply due to its all-new independent front suspension and superior brakes, not to mention a great power-to-weight ratio.