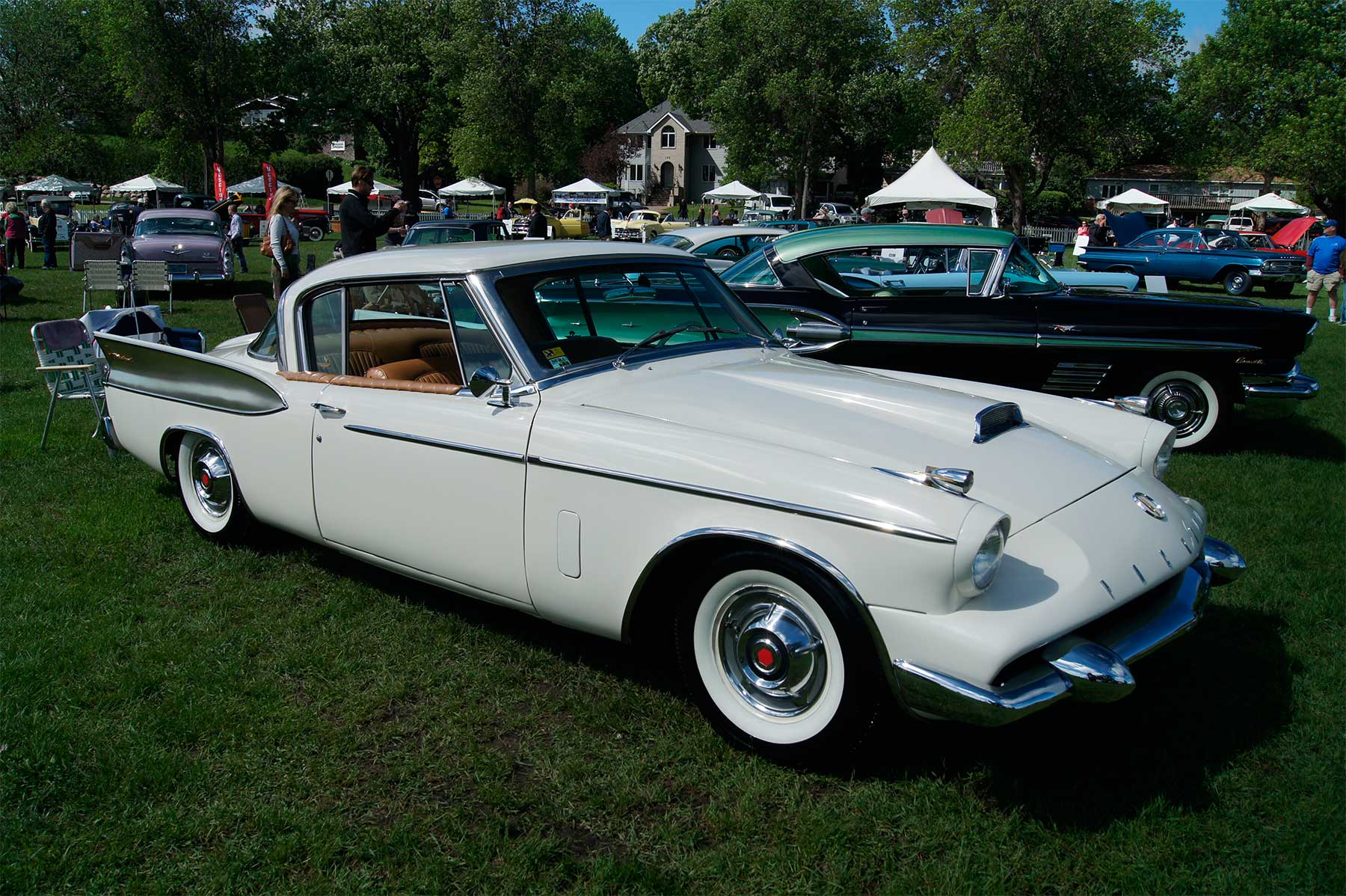 The Packard Hawk appeared in 1958 as a last-gasp effort to breathe life into the dying Packard brand. And though the car was a sales success for Studebaker, Packard ceased production of all models in 1959.

The car was essentially a rebadged Studebaker Hawk, and the Studebaker Hawk was a drastic departure from the norm of the era. It was svelte, athletic, powerful, and had wholly unique Raymond Loewy-inspired styling. Its long, low stance set it apart from the rest of the American car scene.

To make the “Packard Hawk” stand apart, it was modified to carry a Packard-ish nose. The end result was not as well-received as the Studebaker, and the public was not quick to buy the car. Only 588 were sold before Packard shuttered its doors.

Though not a success in the marketplace, the Hawk will always be noteworthy as the last “new” model to be sold under the vaunted Packard name, and the “Hawk” name overall will always be regarded as trend-setters for American cars that followed.