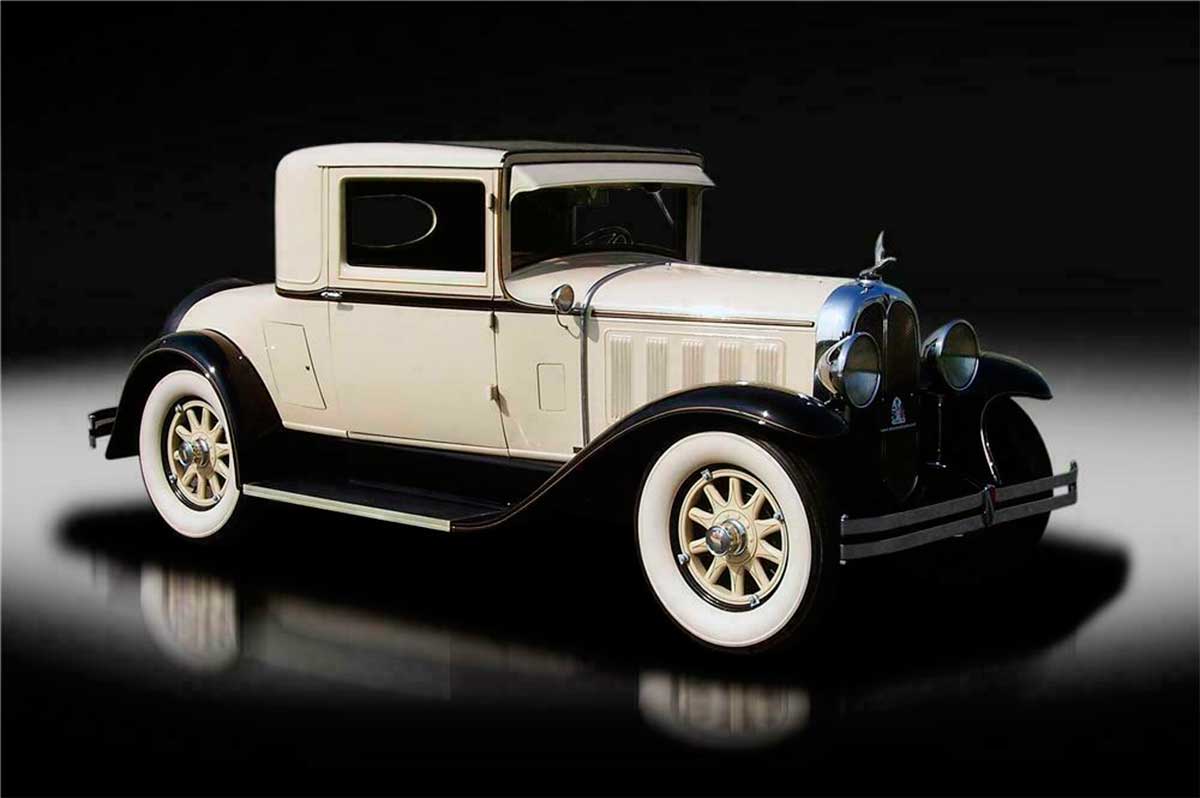 A unique horseshoe-shaped radiator shell was split by a vertical center bar. The attractive hood had five sets of vertical louvers. A single belt molding extended entirely around the bodies from the radiator.

All models except the roadster and phaeton, which were built by Stewart, had Fisher bodies. Standard features included a cadet visor, an automatic windshield wiper, and a rearview mirror.