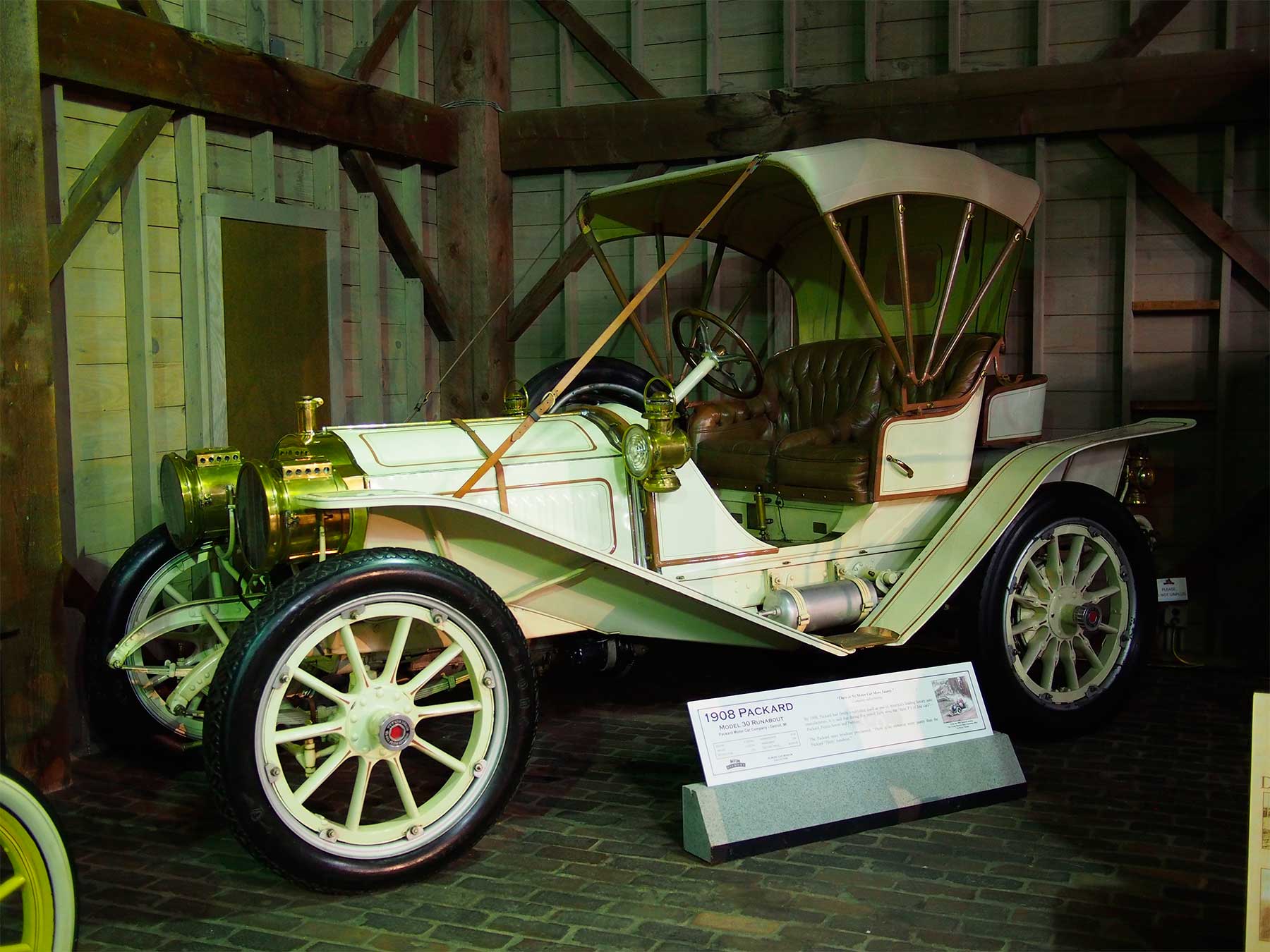 For 1907, Packard launched its Model 30 (sometimes referred to as Model U), one of its final 4-cylinder vehicles. In designing the new Thirty, Packard refined many components of its previous Model S. Flat tops now replaced the domes found on cylinder tops and valve chambers (which were made larger). Instead of roller bearings, the front wheels now operated on ball bearings and the wheelbase grew three inches (mostly in the hood).

The wheelbase grew another inch and half for the 1908 Model 30 (or UA), while the tires grew another 2 inches. The radiator cap no longer used a screw cap, but instead a bayonet-type. This year, Packard introduced a Close-Couple Touring body style that featured a rumble seat. The Packard sales brochure proclaimed, “There is no motorcar more jaunty than the Packard ‘Thirty’ Runabout.” The Model continued through 1912, when it was replaced by the 1913 Packard Six.