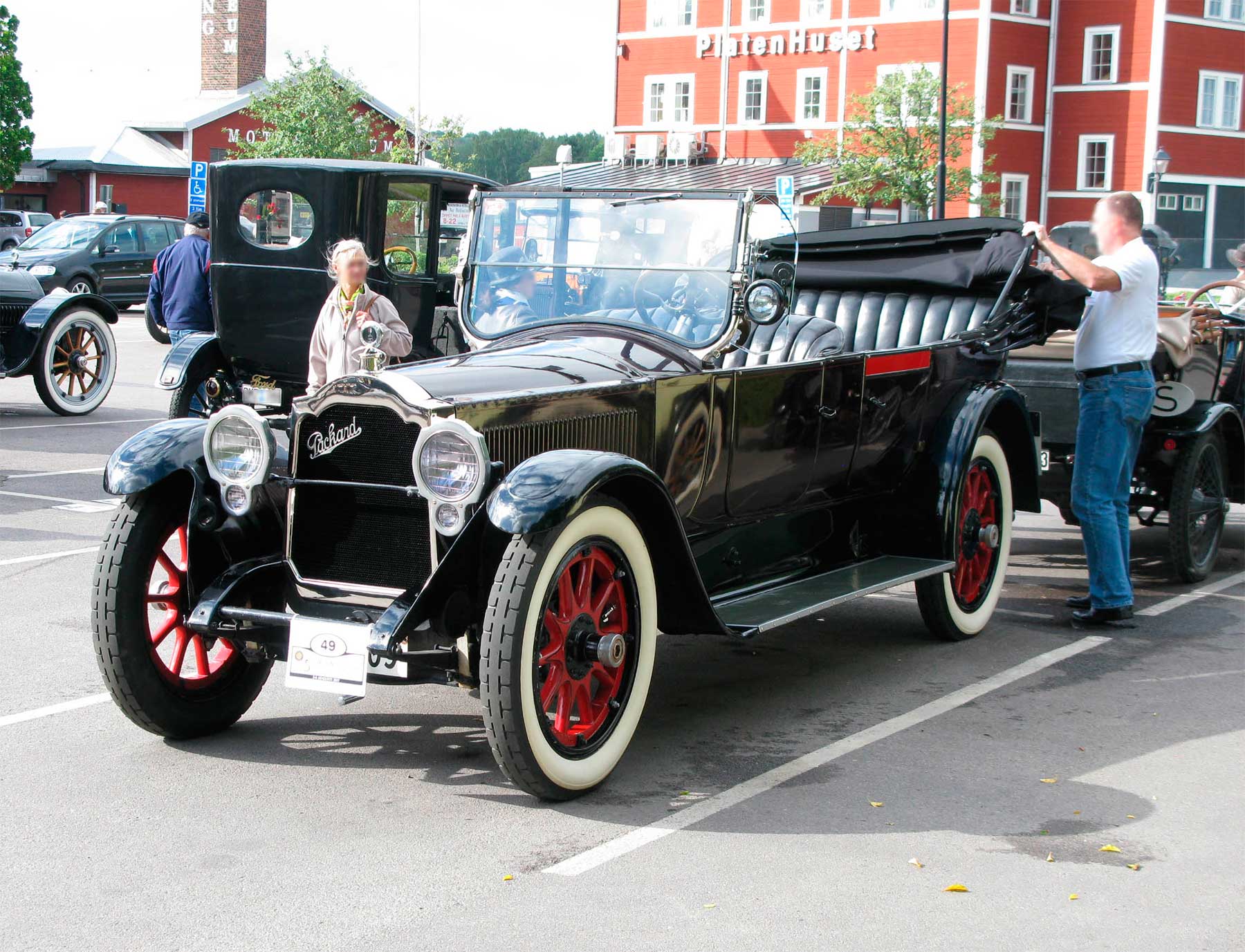 The V-12 engine was comprised of two six-cylinder cars-iron blocks set at a 60-degree angle and rested atop an aluminum crankcase. It was a side-valve design that displaced a total of 6950 cc | 424.1 cu in. and produced 90 horsepower. The pistons were made from lightweight aluminum alloy and there was full pressure lubrication which aided in the engines longevity.

The engine, clutch, and gearbox were a single unit and replaced Packard’s earlier design of having the transaxle mounted on the rear axle. Packard was one of the first to use this type of drivelines. This setup reduced unsprung weight of the rear axle, improved ride and handling, and provided more reliability and rigidity.

The technological improvements continued for 1917 with Packard introducing a redesigned Twin Six with separate cylinder block and head castings. The aluminum pistons now had two compression rings and an oil scraper. Also, the intake and exhaust manifolds were redesigned. Even with these improvements, the horsepower rated remained at 90, although the rated RPM figure droped from 3000 to 2600.