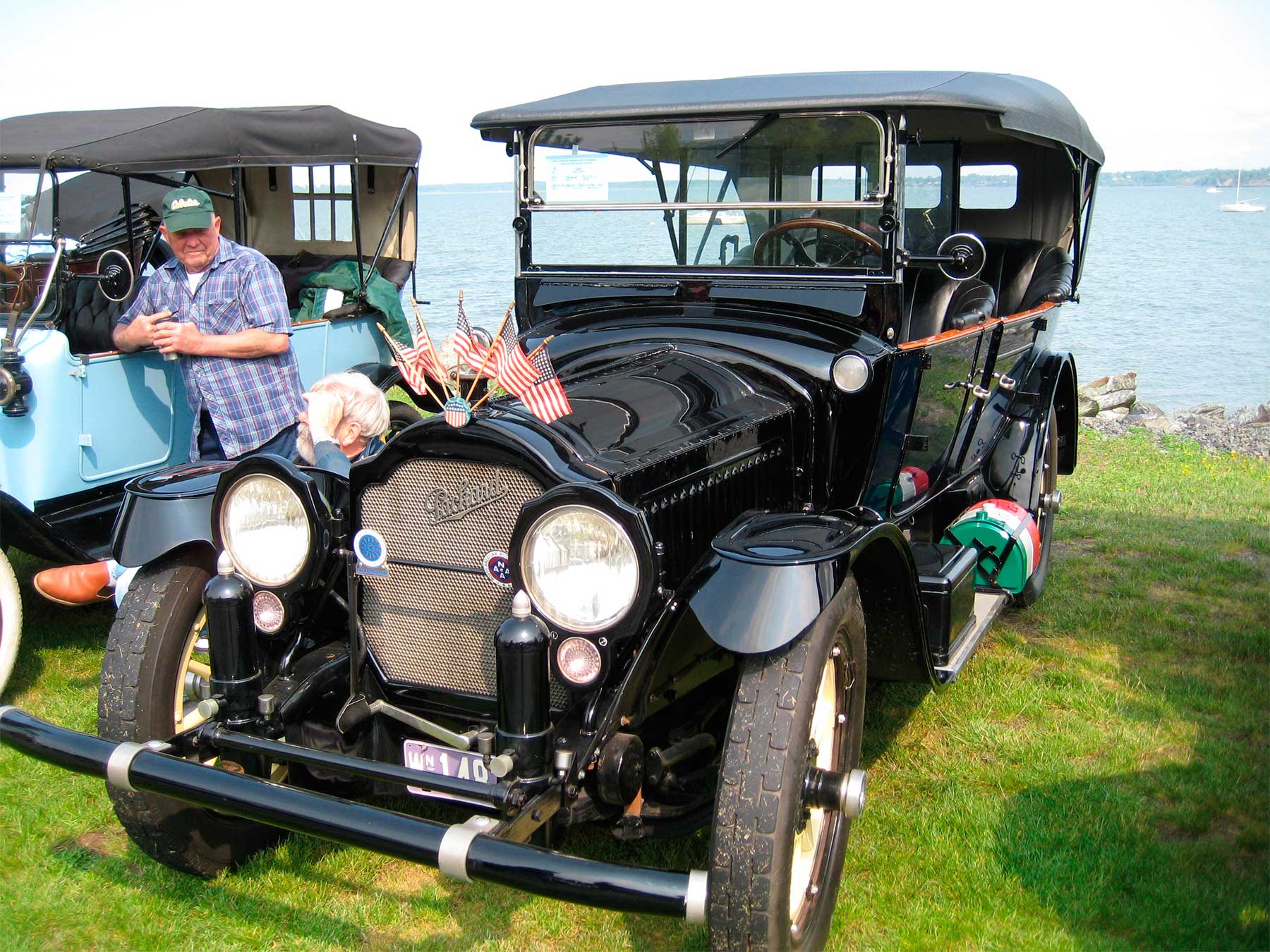 Introduced in December 1912 for the 1913 model year, the Model 38 was the first Packard to employ a self-starting engine and the first to be equipped with left-hand drive. The Model 38 was available in eleven different body styles across three different wheelbase lengths, the longest of which (at 138 inches – 3505,2 mm) was offered with five-passenger phaeton coachwork that measured a massive total length of 179.25 inches – 4552,95 mm.

The latest Junior Packard was powered by a brand-new L-head straight-six displacing 415 cubic inches – 6800 cm3 and developing 60 hp, or 38 ALAM hp (thus the model’s nomenclature). Standard-equipped with a storm-tilt windshield, electric side lamps and headlamps, an electric/kerosene rear warning lamp, two extra demountable rims, rear tire carrier, and tool kit, the 38 was also fitted with a new instrument-control board mounted on the steering column.

In February 1913, Packard updated the 38 in a more developed form for the 1914 model year under the name Model 1438. In total 1,618 cars were built for both ’13 and ’14, but only a small portion featured the five-passenger “phaeton” coachwork offered on the massive 138-inch-3505,2 mm-wheelbase chassis. A roster compiled by marque enthusiasts accounts for no more than four remaining “phaetons”, of which this car is the only first-generation 1913 Model 1-38 example known to survive (the other three are continuation Model 1438 examples built in 1914).