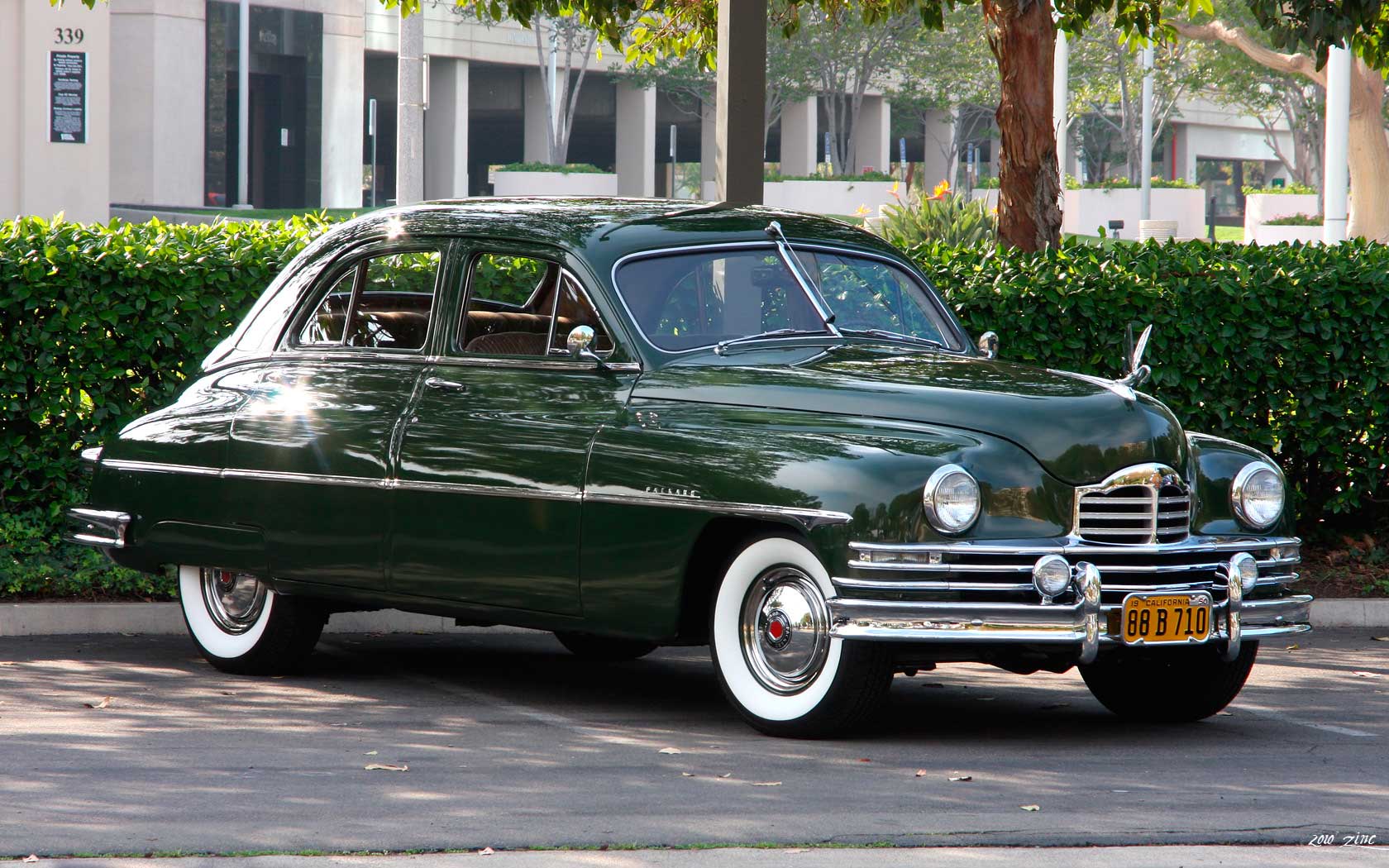 1950 was last of the 23rd series, and that meant the end of one of the sleekest designs around. The front bumpers and grille were part of one harmonious design, and they both look like the wind formed them around the body.

Ultramatic Drive was made available (as an option) on the low-priced Eights. The front bumpers have chromed centers instead of the painted type used in 1948. A thin spear of chrome runs down the middle of the body sides, stopping just forward of the tail lamps on base Packard Eights. Above this molding, on the front fenders, Packard block lettering appears and is underlined in chrome. The taillight lenses are set in protruding oval-shaped bright metal housings except on Station Sedans. Oval clutch/brake pedals were used. A Packard script plate was placed between the speedometer and clock opening. A new illuminated switch turned on the engine. The Deluxe Eight had chromed 13-inch diameter hubcaps. The Standard Eight had 10-inch diameter hubcaps.