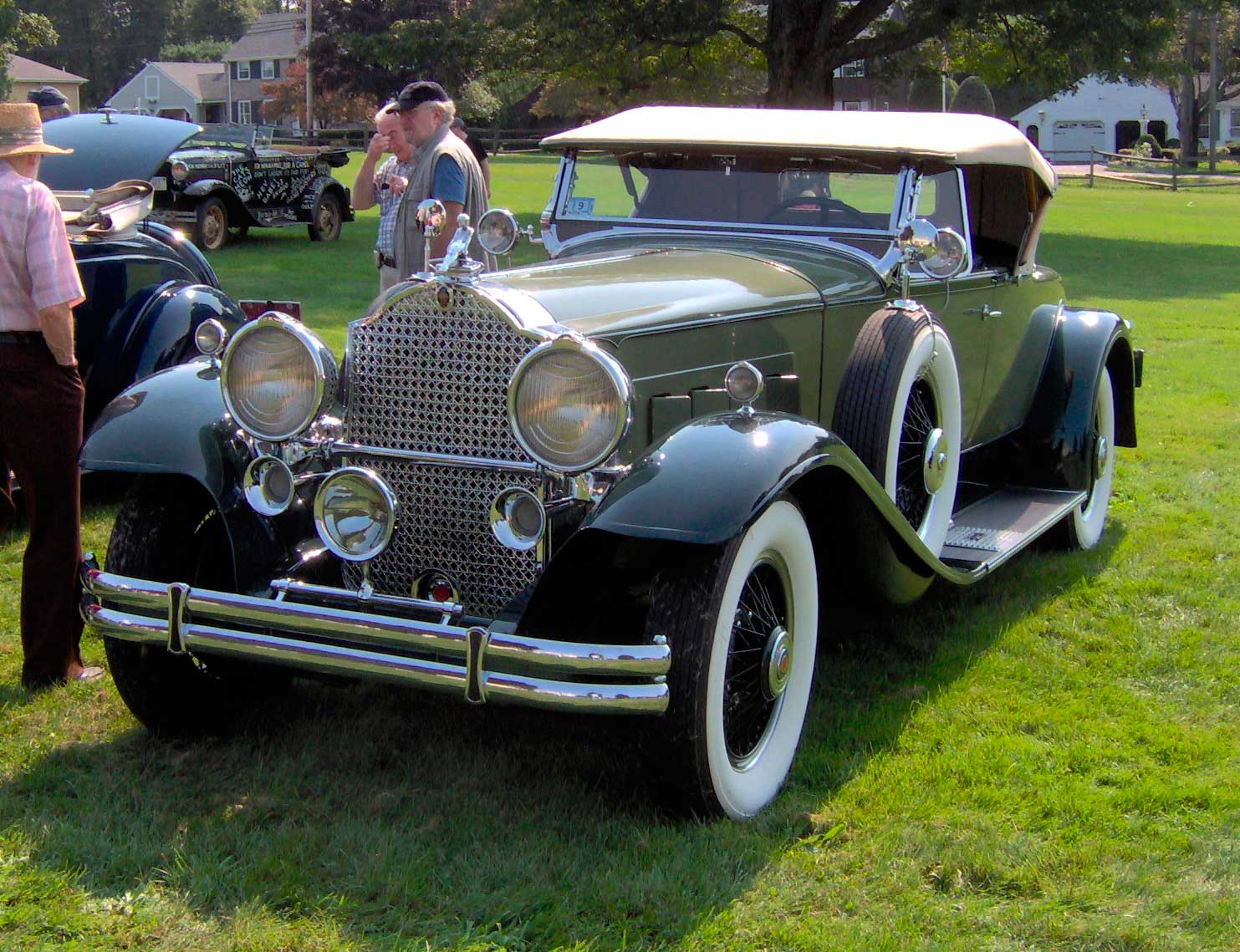 The Packard De Luxe Eight Roadster is a 2 door roadster-bodied car with a front positioned engine powering the rear wheels. It forms part of Packard’s 745 model range. It is powered by a naturally aspirated engine of 6.3 litre capacity. This unit features side valve valve gear, 8 cylinder layout, and 2 valves per cylinder. Power is transmitted to the wheels via a 4 speed manual gearbox. Claimed weight is 2130 kg.

Wheelbases remained the same for the larger Packards this year, but a four-speed transmission was new and a 4.69:1 rear axle ratio was available.

The carburetor was a Detroit updraft, and twin fan belts were fitted. A vacuum booster pump was added mid-year. All windows were now Non-shatter laminated glass, there was a glove compartment on each side of the dashboard, and both the driver’s seat and the steering wheel were adjustable. Parking lamps were now fender-mounted, and headlamps changed from their former parabolic look for one resembling half a cantalope. Dual mounted spares were standard on the 745, an option on the 740.

Fifteen designs were offered in the Individual Custom line: six from LeBaron, five from Brewster, and two each from Rollston and Dietrich.