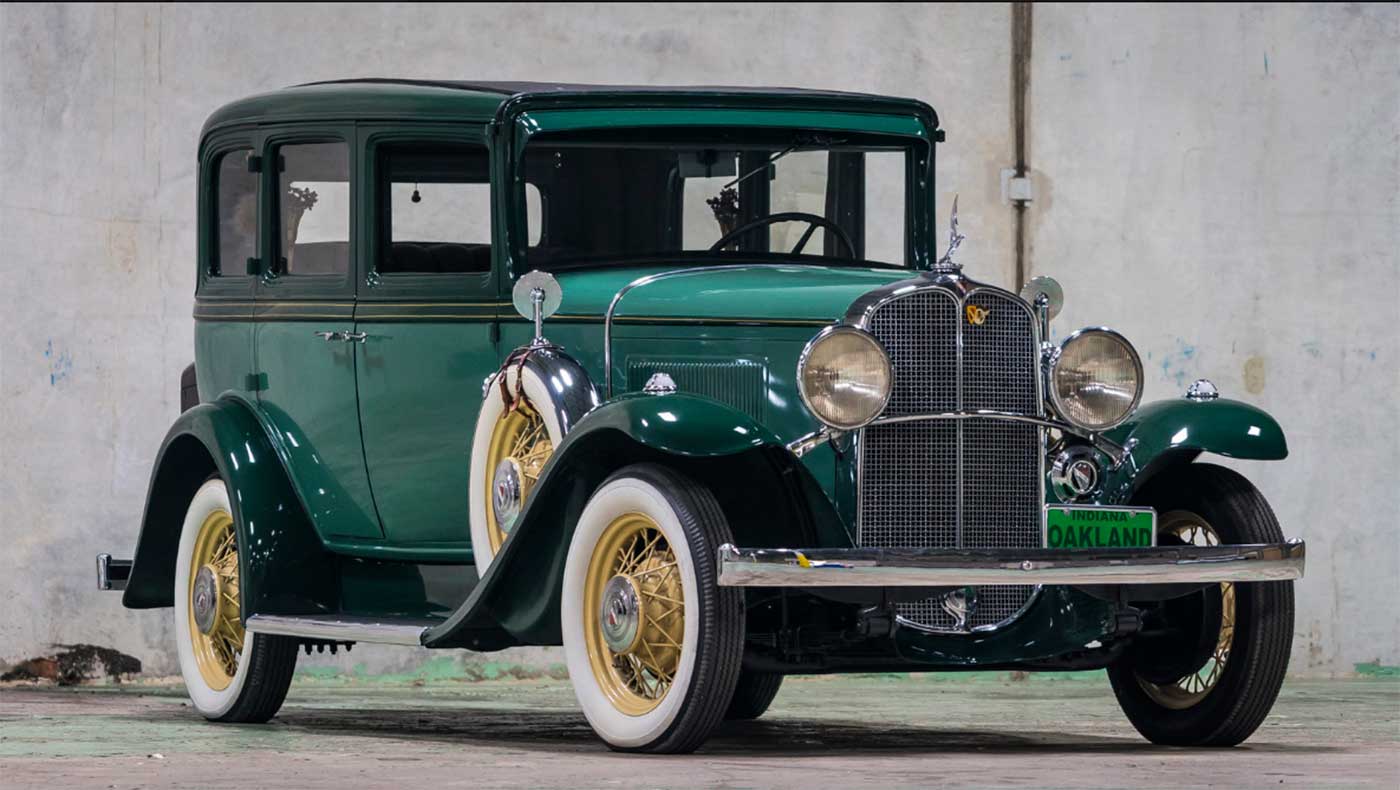 Longer and lower Fisher bodies with a single, wide belt molding were carried on the 1931 Oakland chassis.

They were similar to Pontiac bodies, but the wheelbase was five inches longer than that of the Pontiac.

HISTORICAL: After dismal sales of the 1931 Model 301 and the lingering effects of the Great Depression, in midyear 1932 the Oakland Motor Div. was no more, being absorbed by the Pontiac Motor Co. In fact, as early as the beginning of the year at the New York Auto Show, only models with the Pontiac nameplate were shown, some being Oaklands with the names switched.