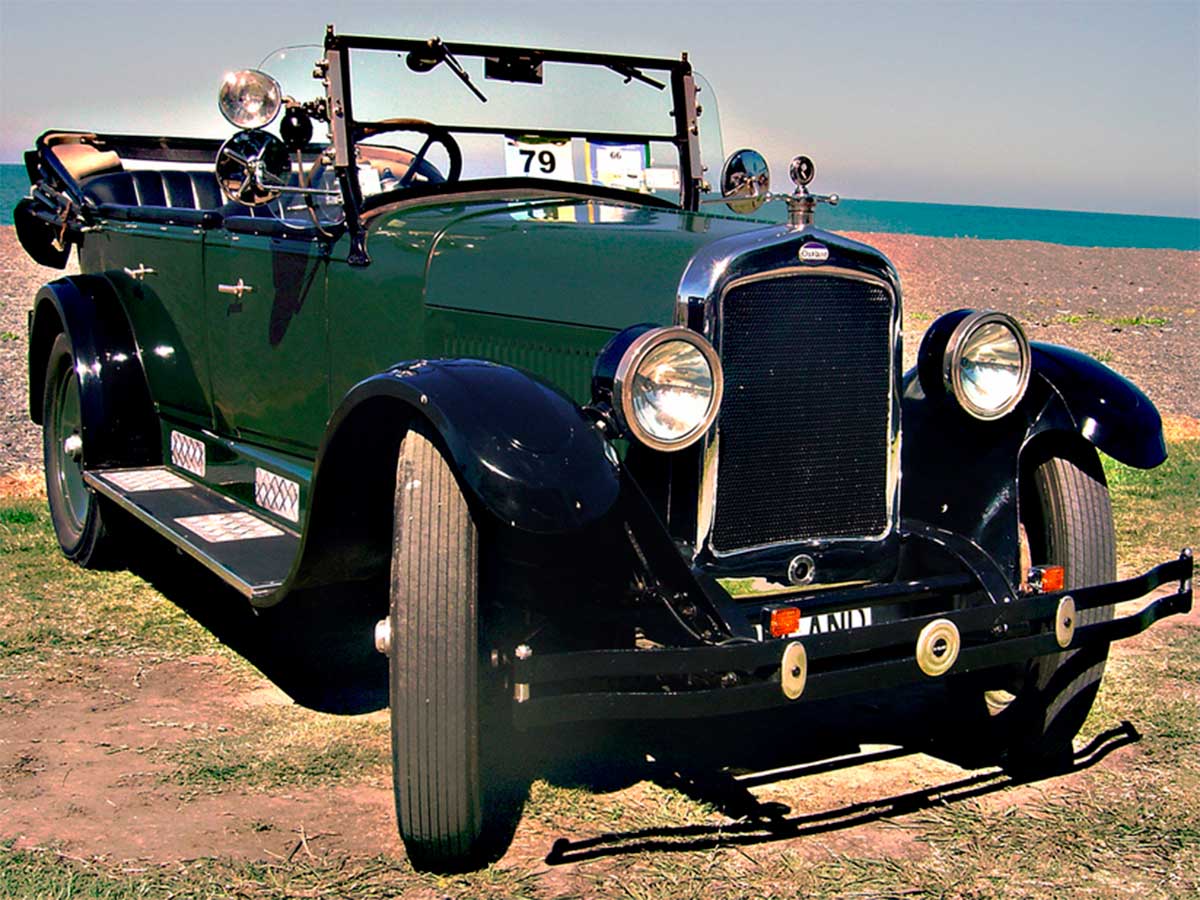 The body lines of the all-new 1924 Oaklands were generally more rounded than in the past few years. Shorter running boards were seen. The cars had a new L-head engine and were among the first of their price class to feature four-wheel brakes. Duco satín finish proxylin eamel was a major Oakland advance this year. Its factory price was $1,445.

The new nitro-cellulose lacquer cut the time required to paint and dry an Oakland body from 336 hours to 13-1/2 hours. Although this paint was made available in many colors, the 1924 Oaklands that pioneered it carne only in Blue and became known as ‘True Blue Oakland’ models.