The Abarth 209A Boano Coupe is a car model produced by the Italian company Abarth. Only one copy of the car has been made, which is currently on display at the Louwman Museum.

In 1954, Mario Felice Boano, who was working at Ghia at the time, wanted to design a sports car for the American market. To carry out the plans, Boano went to Carlo Abarth, owner of Abarth, with whom he had worked before. Boano designed the car with the help of Giovanni Michelotti in three body styles, a spider, a convertible and the coupé. Abarth took care of the rest of the car, including the powertrain. Most of that engine came from the Fiat 1100, including the suspension, gearbox and the 1.1-liter engine. The car also received parts from a kit produced by Abarth. Those were the carburetors and the exhaust. The car had a power of 66 hp and, according to Abarth himself, a top speed of 186 km/h. Abarth had almost doubled the engine power; for example, the Fiat engine delivered 36 hp.

The 209A was presented at the Turin Motor Show in 1955 along with the 208A and was exhibited before the car was sent to the Geneva Motor Show in 1955. Once the car was in the United States, it was exhibited at the Chicago Auto Show. Abarth’s importer in the United States, Tony Pompeo, ordered twelve cars from the series, one of which is a 209A Boano Coupé. They were never produced. The only 209A Boano Coupé was sold to someone who lived in the Chicago area. In the 1960s, the car appeared at some classic car shows and, later, the car was purchased by Peter Kaus for his Rosso Bianco Museum. In 2010, all of the museum’s cars were taken to the new Louwman Museum, including the 209A Boano Coupé. 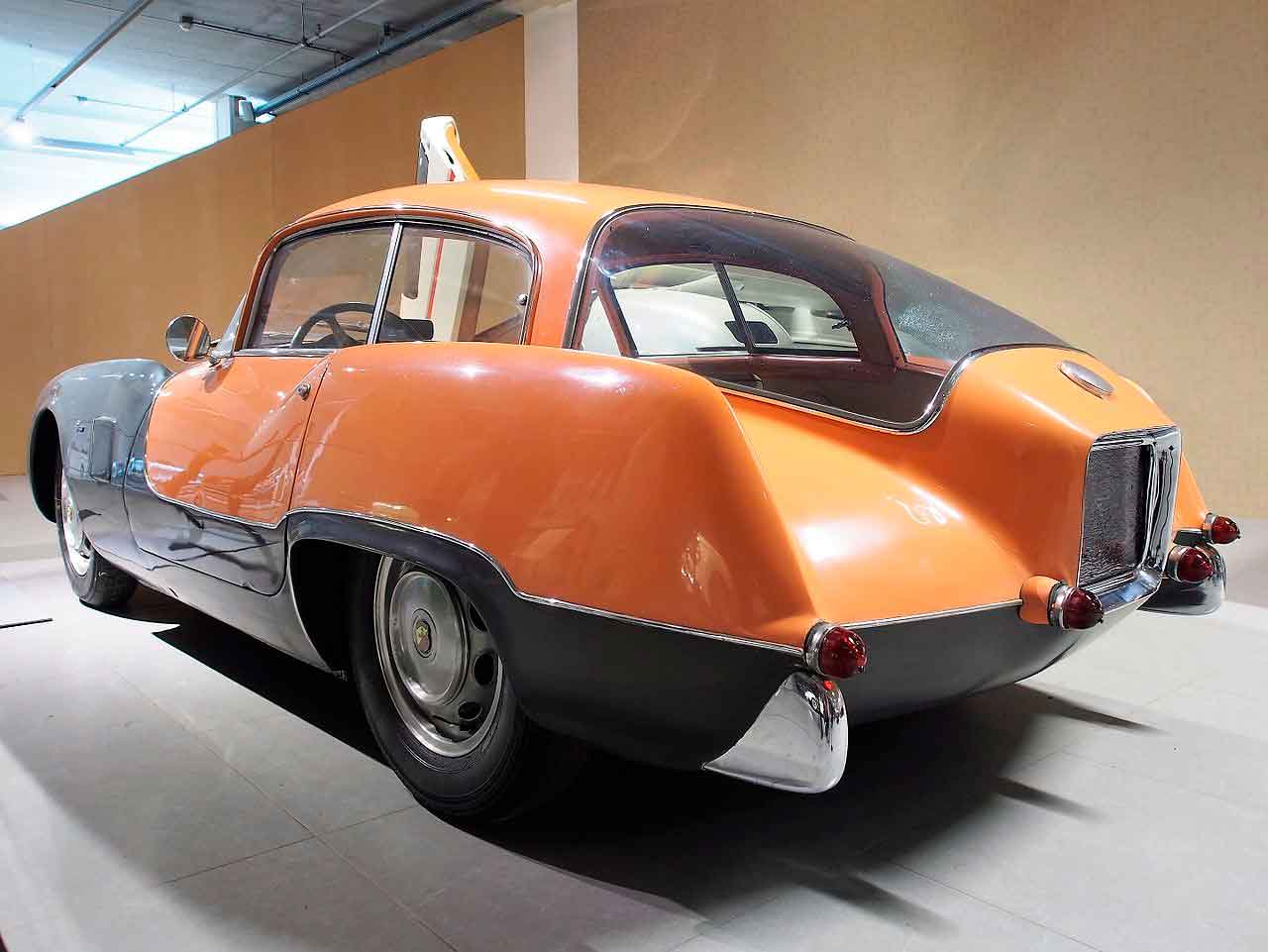