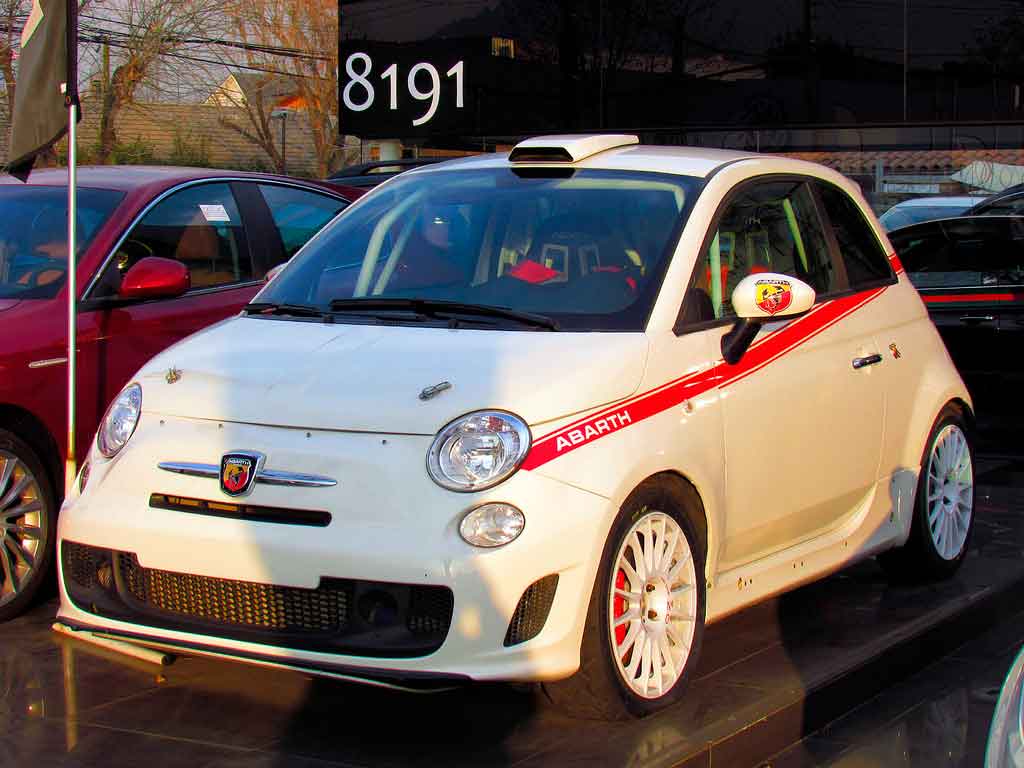 Abarth presented his latest racing jewel at the 51st Sanremo Rally. The Abarth 500 R3T lent its name to a promotional rally trophy in 2010, which added to the two track events (European and Italian) planned for the Abarth 500 Assetto Corse.

For Abarth, this meant a return to trophy promotion events, a niche that has been theirs for more than thirty years. Since 1977, when the first Abarth Autobianchi A112 Championship was held, followed by trophies for the Fiat Uno, Uno Turbo, Cinquecento, Seicento, Punto Kit and Super 1600, Stilo, Panda Kit.

The Abarth 500 rally version was approved for the R3T Group, the category for passenger cars with a capacity of up to 1600 cm3. This class was going to be the future of the speciality because it represented a good compromise between the cost of the car and performance. Ideal for private drivers and young people who wanted to prove their worth in a true racing car, capable of offering exceptional performance at all levels.

The gearbox was sequential, with 6-speed front meshes and includes a multi-disc self-locking differential, double-disc clutch and special semi-axles.

Great care was taken to ensure that the suspension could be adjusted to obtain a ride adapted to each driver’s individual driving style. The competition dampers were adjustable, with coaxial spring and wheel to alter ground clearance, plus special wedges to adjust wheel and tilt angles.

The Brembo brakes were all disc brakes, ventilated at the front with 4 calipers, solid disc at the rear with brake distributor and regulator. The parking brake is hydraulic.

The Abarth 500 was equipped with a special welded radar arc integrated into the body, the necessary safety devices and FIA-approved seats with 6 anchorage points for the seat belt.

The weight was the lowest established by the standard for this category: 1080 kg empty.

Details were also taken care of, starting with a paint that fits the tradition, complemented by an interior and instruments of great care.