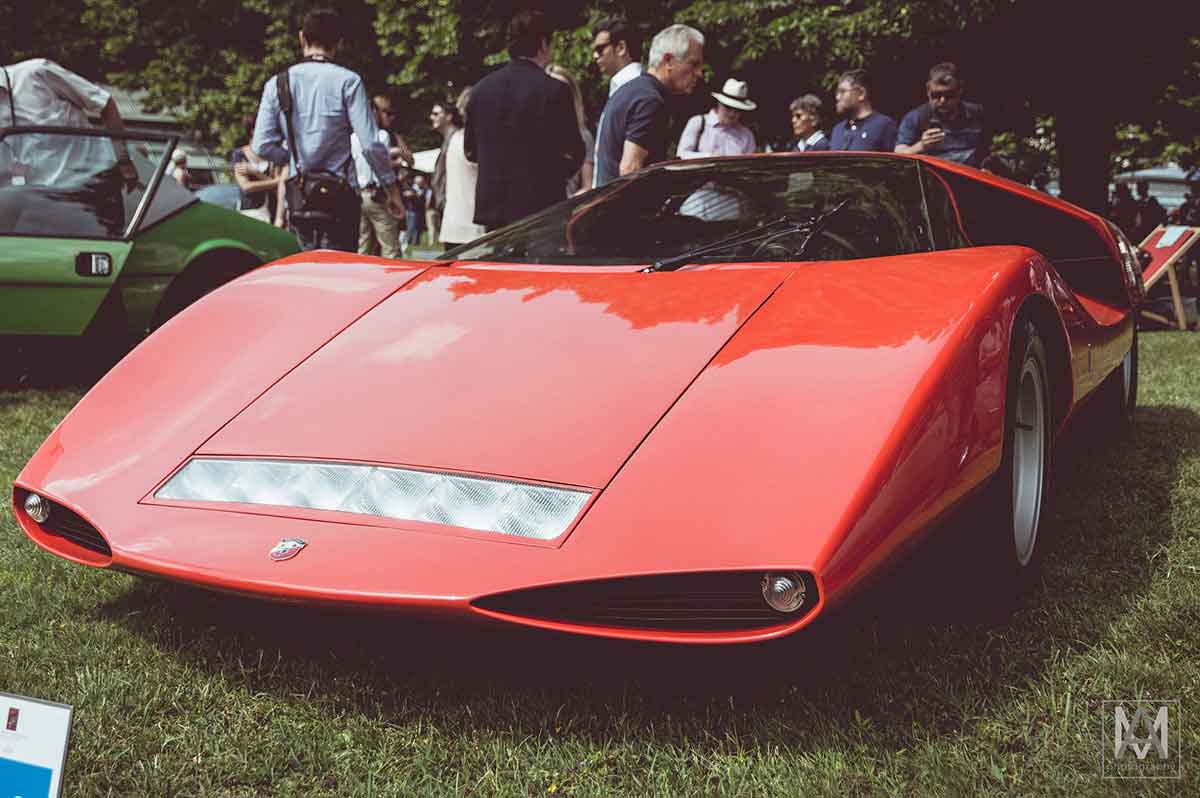 This Abarth was designed by Pininfarina and exhibited at the Brussels Motor Show.

The car project was designed by Filippo Sapino. The concept began with a chassis borrowed from Abarth 2000 Sport Spider SE and then Pininfarina worked its magic to turn it into a work of art. In the front section of the vehicle was an optical unit consisting of six headlights that could be rotated according to the driver’s needs. The engine was a centrally mounted Fiat / Abarth Type 236 2.0 coupled to a Weber carburetor and operated by a five-speed manual gearbox that supplied 220 hp. This guaranteed a top speed of 281 km/h. To contain the total weight, the car body was constructed of fibreglass and wrapped in a tubular frame in a spatial frame configuration. The braking system consisted of four disc brakes, while the suspension consisted of longitudinal arms, coil springs, hydraulic dampers and anti-roll bars.

Japanese architect Shiro Kosaka owns the car today, and managed to buy it from Fiat only after agreeing to open a museum. What he did in 1992 and since then the concept has been on display at the Abarth Gallery near Lake Yamanaka in Japan.

Unlike some other prototypes, the Fiat Abarth 2000 Scorpione was, and probably still is, fully functional. It appeared in the Concorso d’Eleganza Villa d’Este (2014), where the audience was surprised not only by its incredible design, but also by the brutal sound emanating from that massive exhaust that looked like the turret of a tank.

The rear looks unfinished and has a glass awning that provides a spectacular view of the engine.