DETROIT – A 1918 Cadillac Type 57 that earned its place in history during World War I received an honor of its own today. It is the fourth vehicle added to the Historic Vehicle Association’s new National Historic Vehicle Register and U.S. Department of the Interior Historic American Engineering Record.

The HVA and Cadillac announced the listing – which will be archived in the Library of Congress – today.

The car’s story was almost forgotten. But the efforts of the current owner and the HVA ensure future generations can learn about it – and about Cadillac’s 100-year history of mass-producing V-8 engines.

The Cadillac touring car was used to support French and American troops near the front during the Second Battle of the Marne and later was used by Eleanor Butler Roosevelt, wife of Theodore Roosevelt, Jr., during her two-month mission to find and create locations for soldiers to enjoy time off. Roosevelt, the son of President Theodore Roosevelt, served in both world wars. He earned a Medal of Honor for his heroics at Utah Beach on D-Day.

“The Cadillac Type 57 – U.S. 1257X is a great example of a rare survivor – a vehicle that saw extraordinary use during its active life yet has survived to the present day,” said Richard O’Connor, chief of Heritage Documentation Programs with the National Park Service, U.S. Department of the Interior. “Recognizing the Cadillac military vehicle at the 100th anniversary of WWI commemorates America’s participation in the Great War and illustrates one of the many contributions the automobile has made to U.S. history.”

Said Marc Lassen, the vehicle’s current owner: “Having the Cadillac Type 57 – 1257X included in the permanent archives of the Library of Congress is more than I could have ever imagined. When I first came across a used car ad describing the vehicle, I thought it might be special, but its history had been lost to time. Researching and reuniting U.S. 1257X with its Great War provenance has been an experience of a lifetime, and an honor.”

The Cadillac Type 57 – U.S. 1257X was purchased by the Rev. Dr. John H. Denison from Inglis M. Uppercu, the Cadillac distributor in New York City. Denison then entered the service with the Y.M.C.A. in August 1917 and turned the car over to that organization, along with his services as a driver, to support America’s war effort.

The Type 57 seven-passenger touring car arrived in Europe before the American Expeditionary Force under the leadership of Gen. John J. Pershing. It was used to transport soldiers and officers around the area, then was used by Roosevelt, who mentioned the vehicle in her 1959 autobiography.

At the end of the war, the AEF sold its motor pool equipment to France and other buyers in Europe. However, the Cadillac was returned to the U.S. HVA researchers are still investigating how the car was returned and more about its history in the U.S.

The HVA’s Historic Vehicle Register initiative was launched in January 2014 to document America’s historically significant vehicles and highlight their stories.

Additionally, the documentation of the Cadillac Type 57 – U.S. 1257X is being included in the permanent archives of the Library of Congress based on its historic association with important events and persons, its construction and the design value of the V-8 engine, and informational value as the only car that retains most of its original materials, components and craftsmanship.

“U.S. 1257X may well be the only complete and largely unrestored example of a WW1 military Cadillac known to exist,” said Mark Gessler, president of the Historic Vehicle Association. “As we approach the 100th Anniversary of WWI, the historic significance of this particular Cadillac should be recognized and memorialized as a national treasure.”

During the coming year, the HVA will document additional vehicles and work with the U.S. Department of the Interior to refine guidelines and processes to eventually allow the public to document vehicles for consideration.

The documentation process requires a fully referenced narrative and description of the vehicle, technical drawings, historic records, a line drawing generated from a 3-D scan, detailed photographs and film negatives for archival in the Library of Congress.

In 1914, Cadillac became the first manufacturer to mass produce V-8-powered automobiles. The compact design of the Cadillac V-8 enabled the overall frame length to be shortened by 10 or more inches, making the car more sturdy and easier to handle. In 1917, Cadillac participated in a U.S. Army, 2,000-mile competitive endurance run in Marfa, Texas. From its performance, the V-8-powered Cadillac was selected as the “standard seven-passenger car of the U.S. Army.”

A century later, the 2015 Escalade SUV continues on the brand’s V-8 heritage, as the only Cadillac vehicle lineup with a standard V-8 engine. The 6.2L V-8 in the Escalade produces 420 horsepower and is technologically advanced with variable valve timing, Active Fuel Management and direct injection. A supercharged V-8 engine is also available in the Cadillac CTS-V performance vehicles.

The all-new V-8 in the Escalade is made at the Tonawanda Engine Plant, near Buffalo, N.Y. The facility, which opened in 1938, uses state-of-the-art manufacturing technology including coordinate measuring machines, a smart automated cylinder head assembly system and three synchronistic robots that performs inspections and checks simultaneously for any engine. 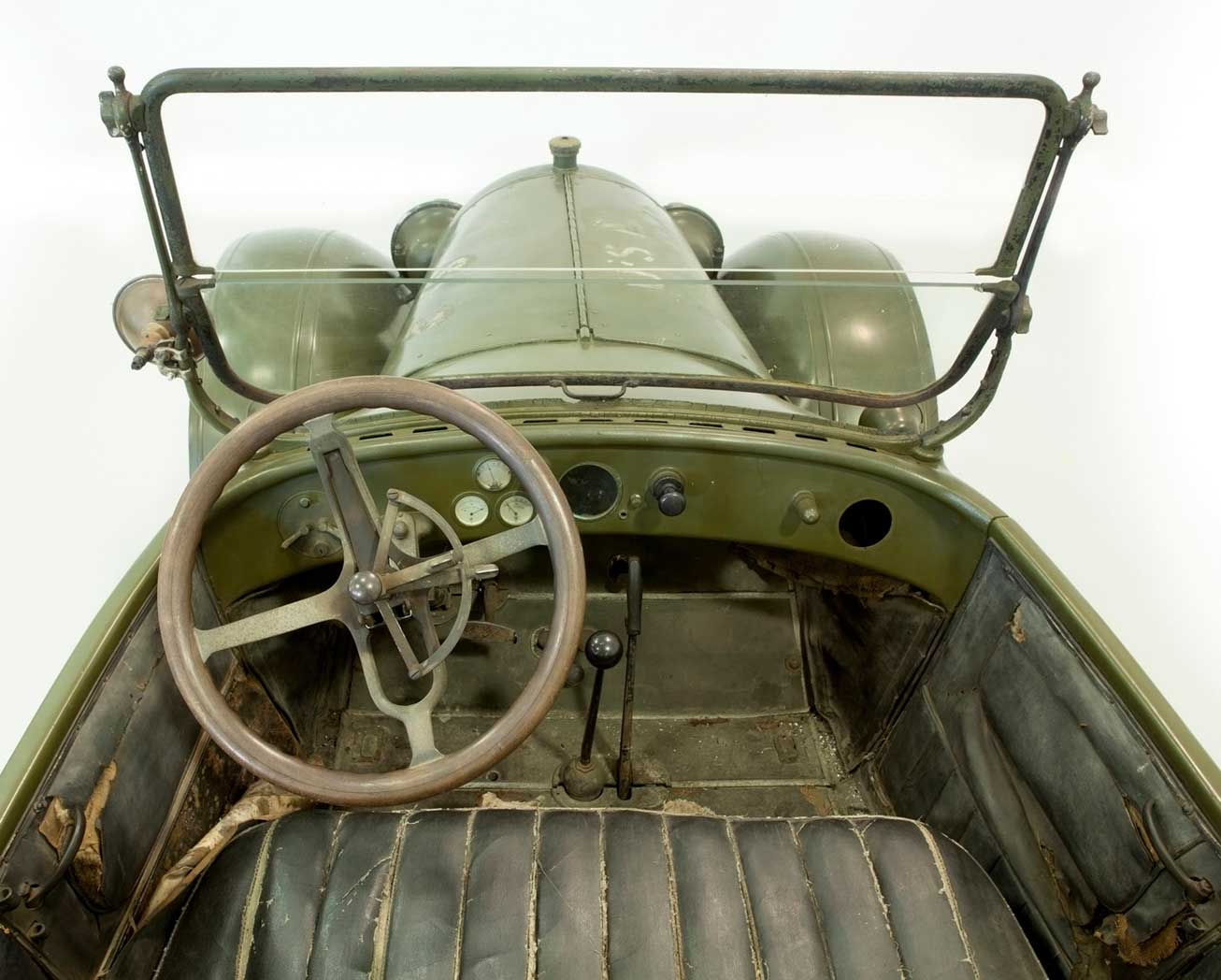