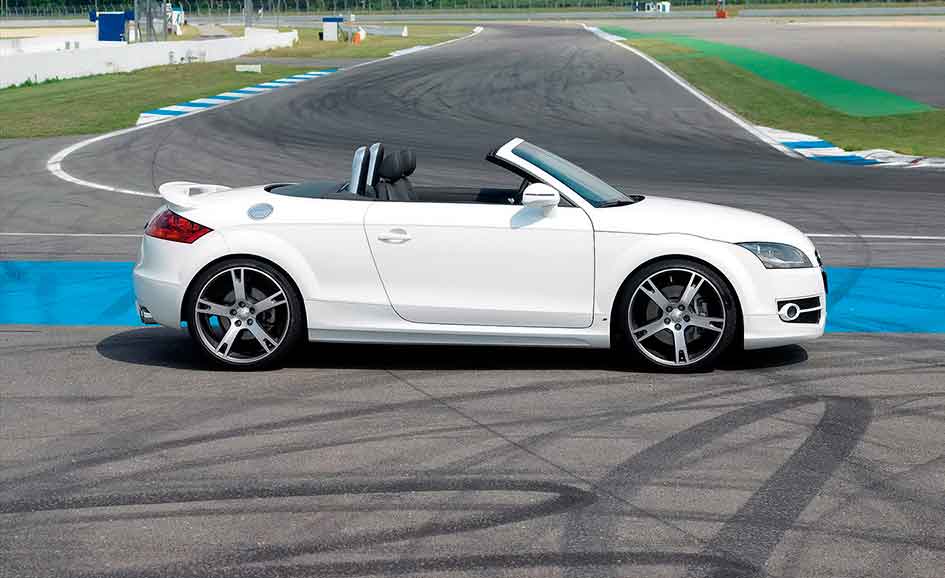 An open roof sportscar in a tailor-made suit: The Abt TT Roadster

Before the first preliminary designs were published, it was clear that the leading Audi tuner Abt Sportsline planned to cause a sensation with the new Audi TT, as the first TT is one of the favourite cars of the Kempten-based company with a long tradition. And this is due to the fact that the race version of the Sports Coupe 2002 won a lot of DTM (German Touring Car Series) races.

Therefore it is only logical that, after the extravagant TT-Sport and TT-R, also the TT Roadster, which is already exquisitely beautiful as serial car, gets a special treatment in the Allgaeu: the designer from Abt Sportsline developed car body parts with which the open-roof TT becomes more danymical. Thus, the front skirt with its grid element emphasizes the area around the fog lights and the single-frame grill. The brawny laterally attached parts underline the design of the convertible and create a unit with the striking rear section of the car. There the rear skirt inset and the rear wing, providing additional down force, are the central elements. Also the 4-pipe rear muffler, which perfectly harmonizes with the rear skirt inset and its integrated rear diffuser, belongs to the distinctive rear view of the Abt TT Roadster.

The TT Roadster from Abt is an absolutely successful open-roof sportscar, a design masterpiece for ambitious pilots. Therefore, Abt Sportsline offers a number of power upgrade packages. The highlight of the product range is the TT-R with the VR6 3.2 K. The supercharger aggregate provides 355 hp (262 kW) and accelerates the car in about 5 sec. from standstill to 100 km/h. But also the other versions are extremely sporty. No matter if VR6 3.2 or 2.0 T-FSI engine, an Abt TT Roadster is always fast. For the favoured 2 liters Turbo FSI, Abt offers a power upgrade from 240 hp (177 kW) with special iS technology, sparing purse and environment, up to powerful 300 hp (221 kW). Matching to the always enormous propulsion of the TT Roadster: Abt suspension kit. For more security in ticklish situations cares the Abt sports brake system with its huge disc diameters of 380×34 millimeters.

To perfectly round off the dynamical and powerful appearance of the TT Roadster, Abt recommends the wheels AR 19 and SP1 in the size 19 inch, as well as the one inch bigger wheel AR20. 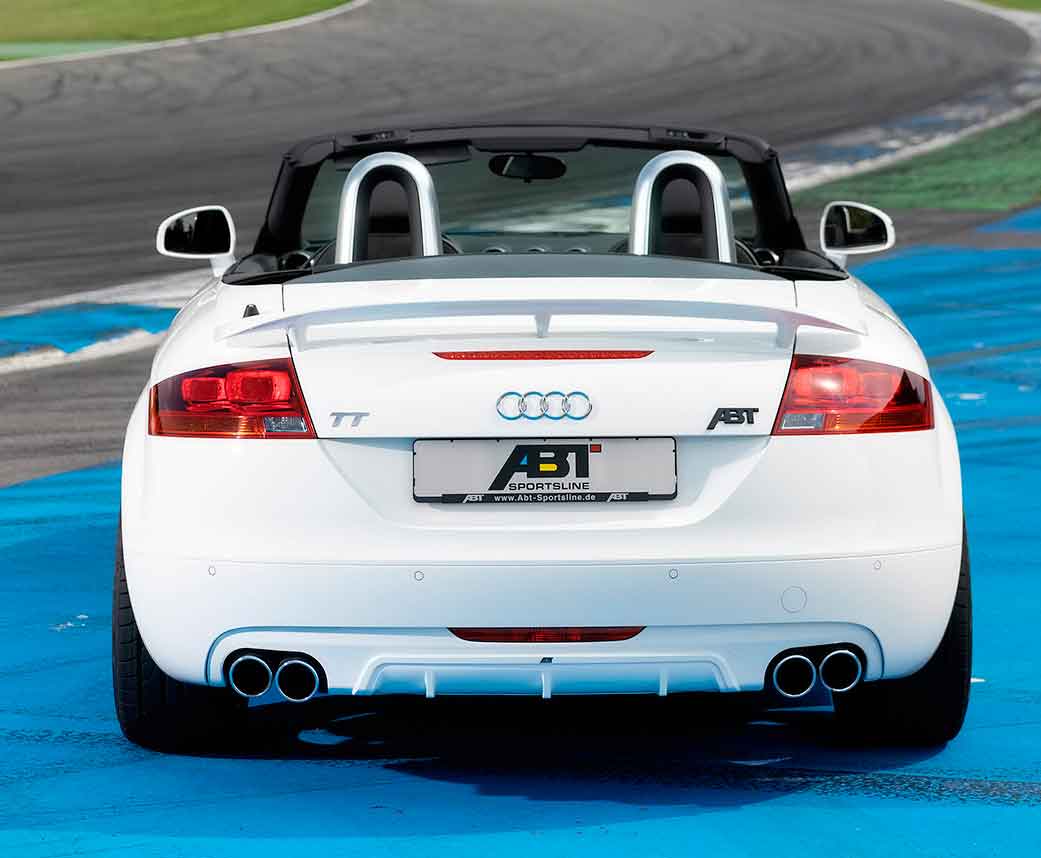