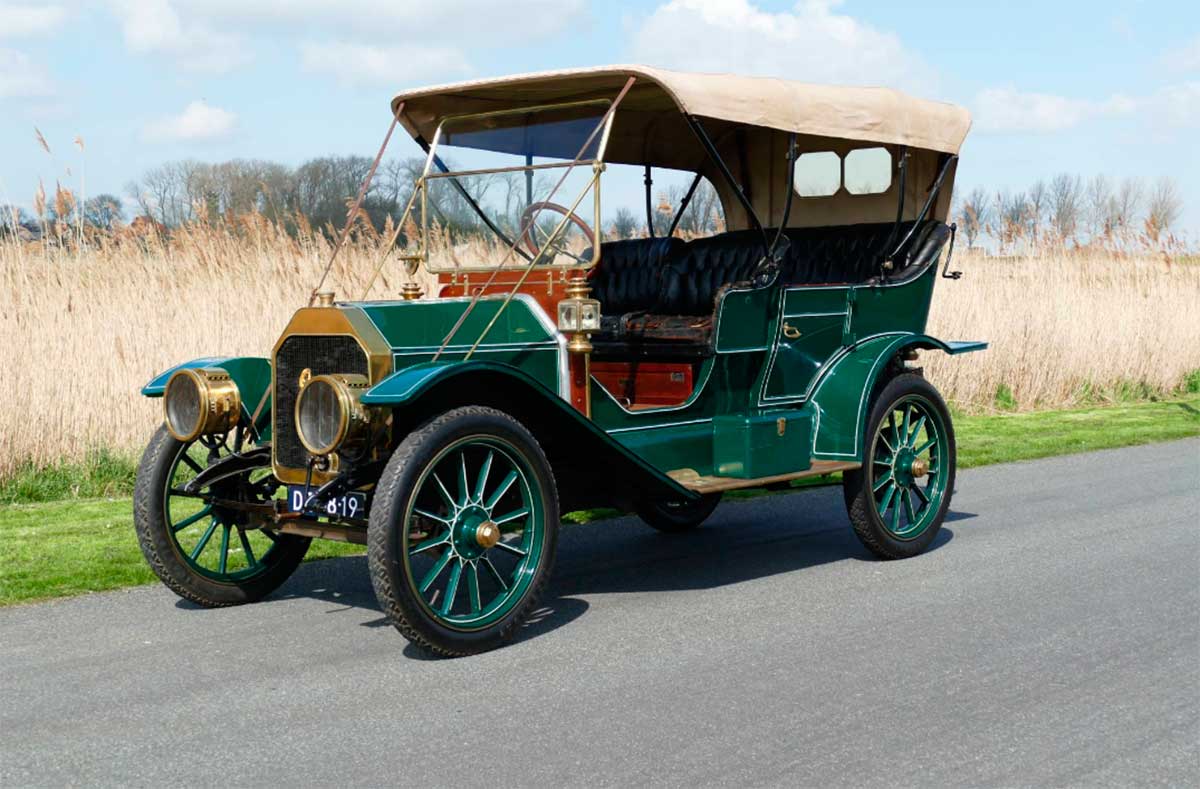 In 1909, the Oakland Motor Car Company of Pontiac (Michigan) launches the “OAKLAND 20” and “OAKLAND 40” models, with a total sale of 735 vehicles.
The following year, 1910, total sales were 2124 vehicles, primarily due to the success of the “Oakland Model K 40 TOURING”.

This is the last “big” car built by Oakland before being purchased by General Motors and one of the few exciting Oakland Model K’s.
Its manufacture was completed in 1912.

This car was exhibited in the Long Island Auto Museum, New York, USA, and was published in the series of museum postcards since 1976, the car was part of a private collection in the Netherlands since 1992.