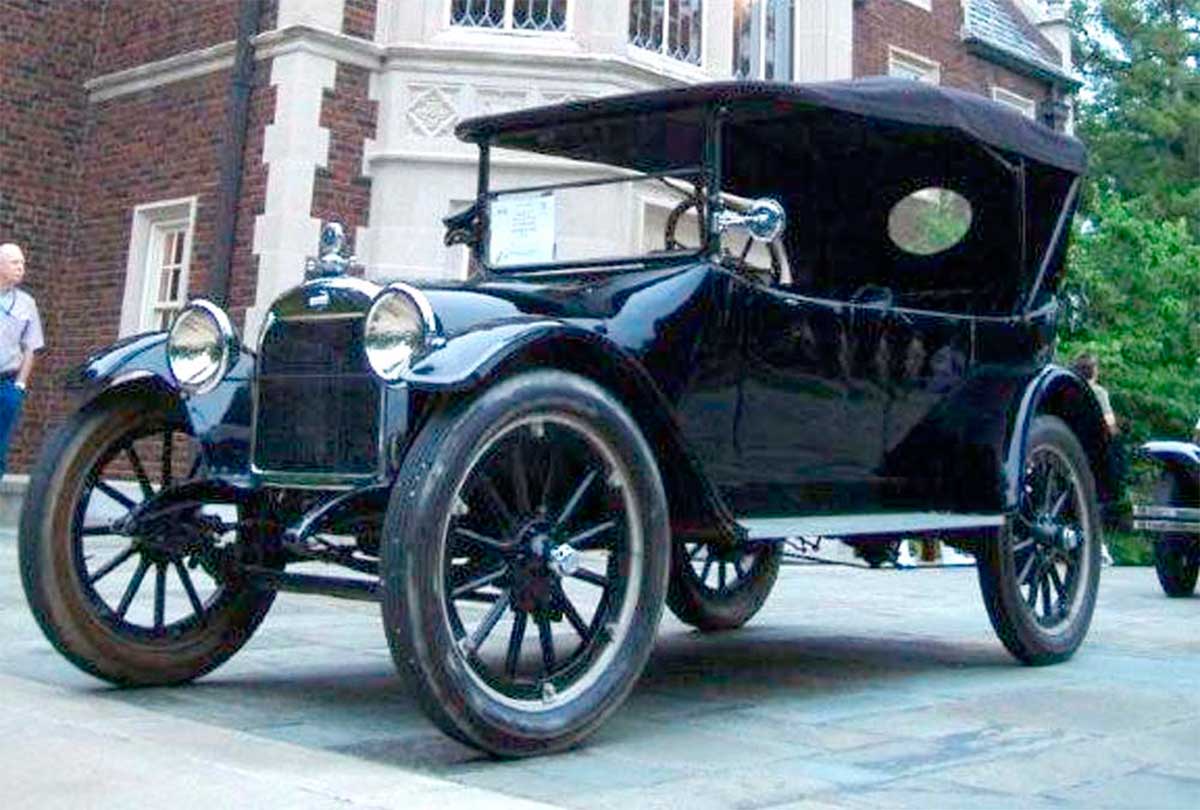 For 1916 Oakland offered a Light Four called the Model 38 that was much like the previous Model 37 and an all-new Light Six Model 32. Late in the fall of 1915, the company also introduced the Model 50 as a 1916 model. This huge, powerful and expensive offering came only as a big seven-passenger touring car with dual-cowl styling.

The 32-B Touring is a rear wheel drive tourer car with a front located engine, produced by Oakland. Its 2.9 litre engine is a naturally aspirated, overhead valve, 6 cylinder unit that produces 36 bhp (36.5 PS/26.8 kW) of power. The engine transfers its power through to the wheels via a 3 speed manual gearbox. Water-cooled. Its price in 1916 was $795 at the factory.