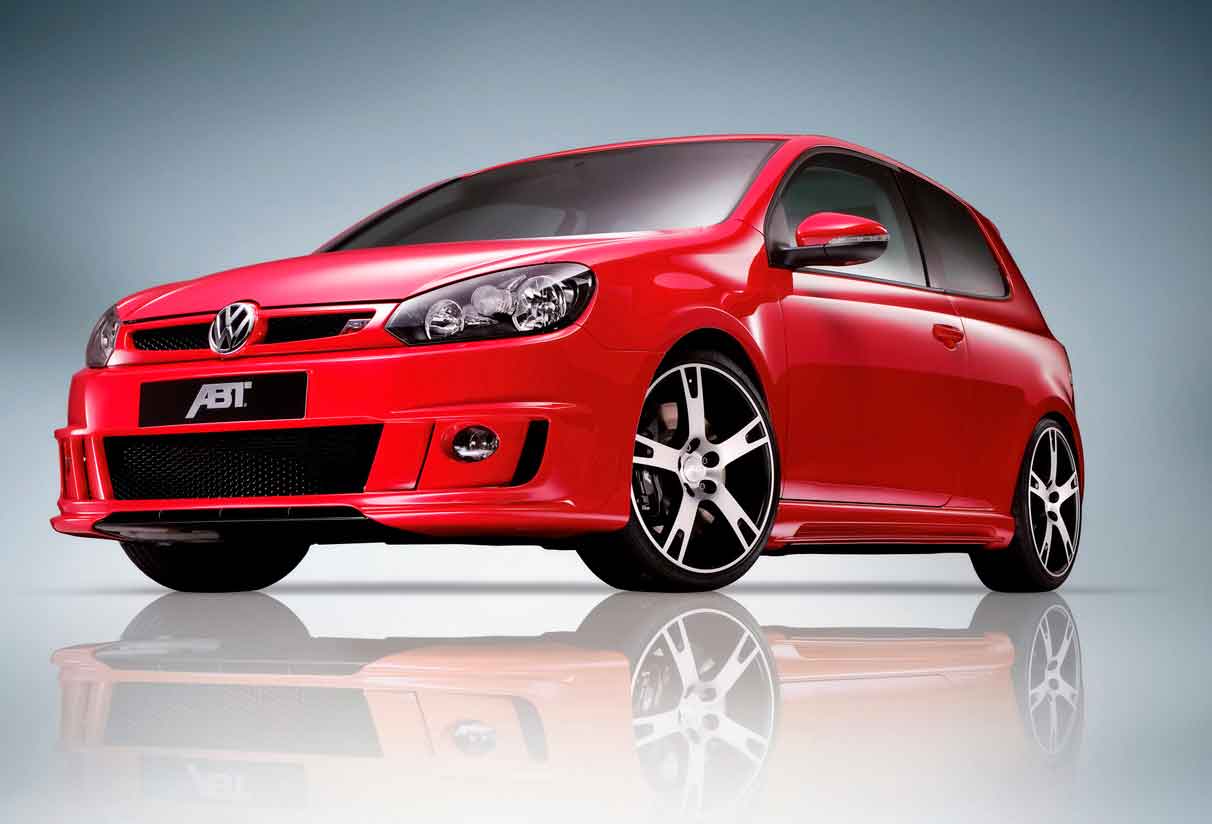 The Abt Volkswagen Golf VI – the number one.

That’s what a winner looks like: since 1974 the VW Golf has dominated not just its vehicle class, but since then it has been Germany’s favourite car almost every year, a success story, which ABT has also co-written. And as usual, ABT has once again had great success with it: with the tailor-made body-kit the designers from Kempten underline the fine character of the number one and give it an extra dose of sportiness. The front grill and spoiler, side skirts, rear spoiler and rear skirt make the ABT Golf VI seem dynamic and give it class. The components also suit the angled 4-pipe rear muffler and the AR and BR alloys perfectly.

Anyone wanting the complete ABT look can also save money with the exclusive and complete exterior Package. This package also contains, in addition to the ABT AR or BR alloys, the ABT springs. For the new Golf the car tuner also offers a finely tuned ABT coil-over suspension system, the ABT braking system and the ABT sports braking system. These components guarantee you driving enjoyment and safety.

It is, of course, not just the “exterior values” that impress with the ABT Golf VI: the performance improvements offer sportiness, while at the same time are also completely modern. The magic word here is downsizing and it is extremely effective especially with the 1.4 TSI.

The most powerful version of the unit offers an impressive 210 HP (154 kW) instead of 160 HP (118 kW). That corresponds to the power of the 2.0 TSI, which has a larger engine, and it provides similar sporty performance at considerably lower consumption and thereby lower emissions. The engine is also durable, reliable and suitable for everyday use, as these “internal values” are written into the specifications of every ABT engine. Even the “smaller” 1.4 TSI, which provides an impressive 160 HP (118 kW) on the road instead of 122 HP (90 kW), combines driving enjoyment with durability, as does the successful 2.0 TSI. With ABT the sporty two-litre car provides 240 HP/176 kW instead of 210 HP/154 kW.

An economical alternative especially for regular drivers is the 2.0 TDI, which impresses at ABT with robust torque and 170 diesel horsepower (125 kW). The 30 extra-HP make themselves felt in the handling which is considerably more agile. The new ABT Golf VI is an all-round impressive vehicle, the best symbiosis of individuality, sporty aspirations and modern technology.

The new ABT Golf – Data and Facts

ABT AR and BR; 18 and 19-inch; diamond turned or high-gloss polished.
Also available as a full wheelset with sports tyres.

ABT springs, lowering of the vehicle’s centre of gravity
ABT Thread sports chassis 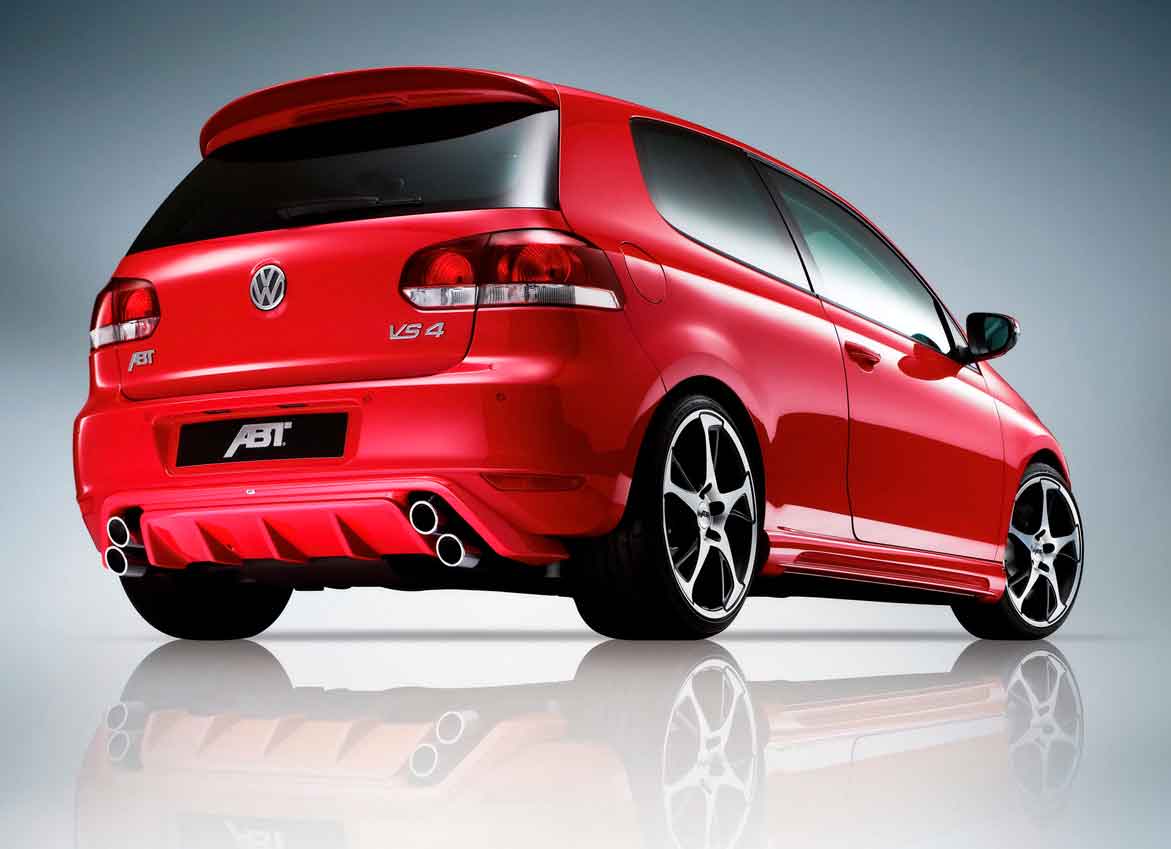