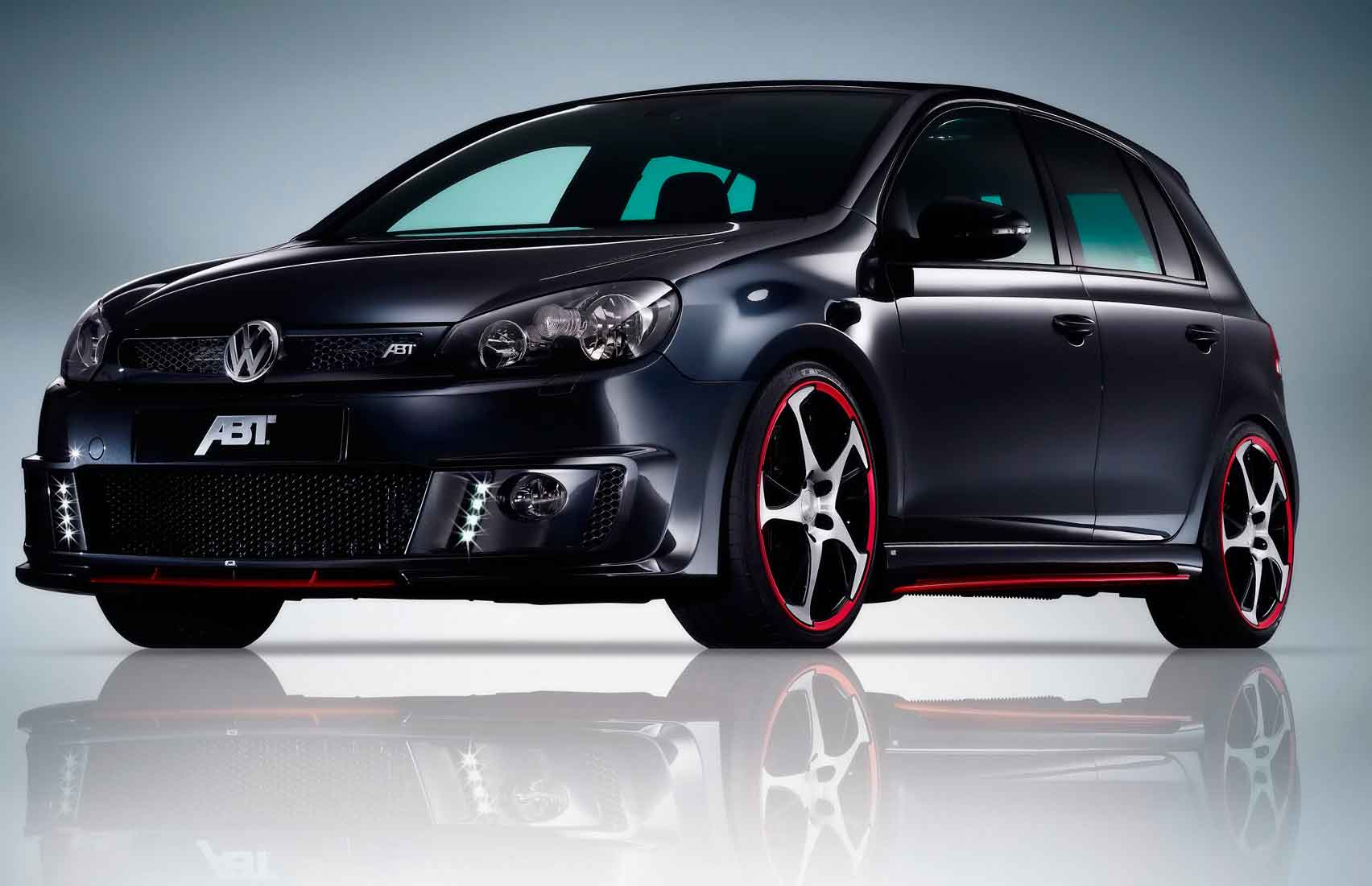 The matchless Golf – The Abt Volkswagen Golf VI GTI.

ABT Sportsline has now been customising vehicles for five decades – and right on time for the Anniversary, the Allgäu Company is presenting the new, sixth GTI. Sporty and fast “Golfs” in particular have carried these three letters since 1976. ABT was the place to go for everyone who wanted even more dynamic and driving fun from the very beginning. The latest generation of the compact sports car also bears the magic abbreviation, and of course it is now available in a breathtaking ABT version. The engine output is impressive, because due to optimized engine management (ABT POWER), the standard 210 HP (154 kW) become a dynamic 260 HP (191 kW). ABT POWER S makes the GTI even hotter: a new turbocharger, “Made in Kempten”, is used additionally in this case.

The 2.0 TSI then has an output of a sporty 300 HP (221 kW) and accelerates from zero to 100 km/h in around six seconds. Thanks to ABT springs, the GTI’s centre of gravity is located a good 30 mm lower, so the Abt Volkswagen Golf VI GTI can be driven even more sportily. The chassis setting, which was designed by Christian Abt, is especially good fun on winding roads. And in the extreme case, the powerful ABT braking system also kicks in.

But an Abt Volkswagen Golf VI GTI is not only a hot piece of sports equipment for the road: the bodywork package that designers have created underlines the car’s pure dynamics: no matter how you look at the GTI, it is always impressive. Rear spoiler and rear apron superstructure, side mouldings, front grill and apron as well as the diagonal 4-pipe exhaust system form one unit. ABT engineers also designed a front lip, which provides a power-performance in combination with the front apron and the new ABT Daytime Running Lamp.

The equally elegant as expressive colouring matches this: the paintwork in carbon steel grey metallic harmonises perfectly with side mouldings and front lip in the contrast colour red. 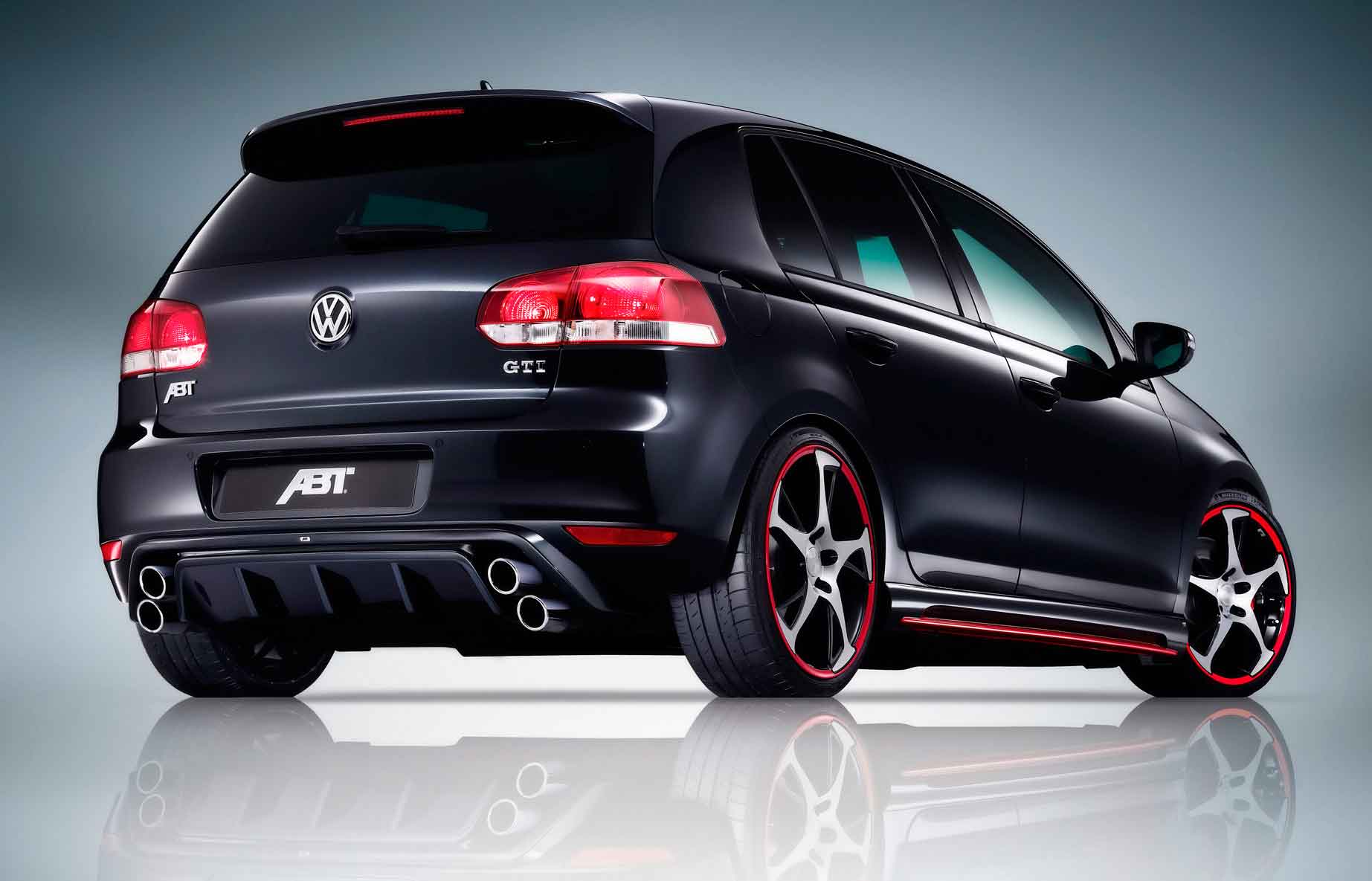 The design also continues consistently in the interior, for all screens, the ornamental rings of the combination instrument and the steering wheel panels are painted in the signal tone. 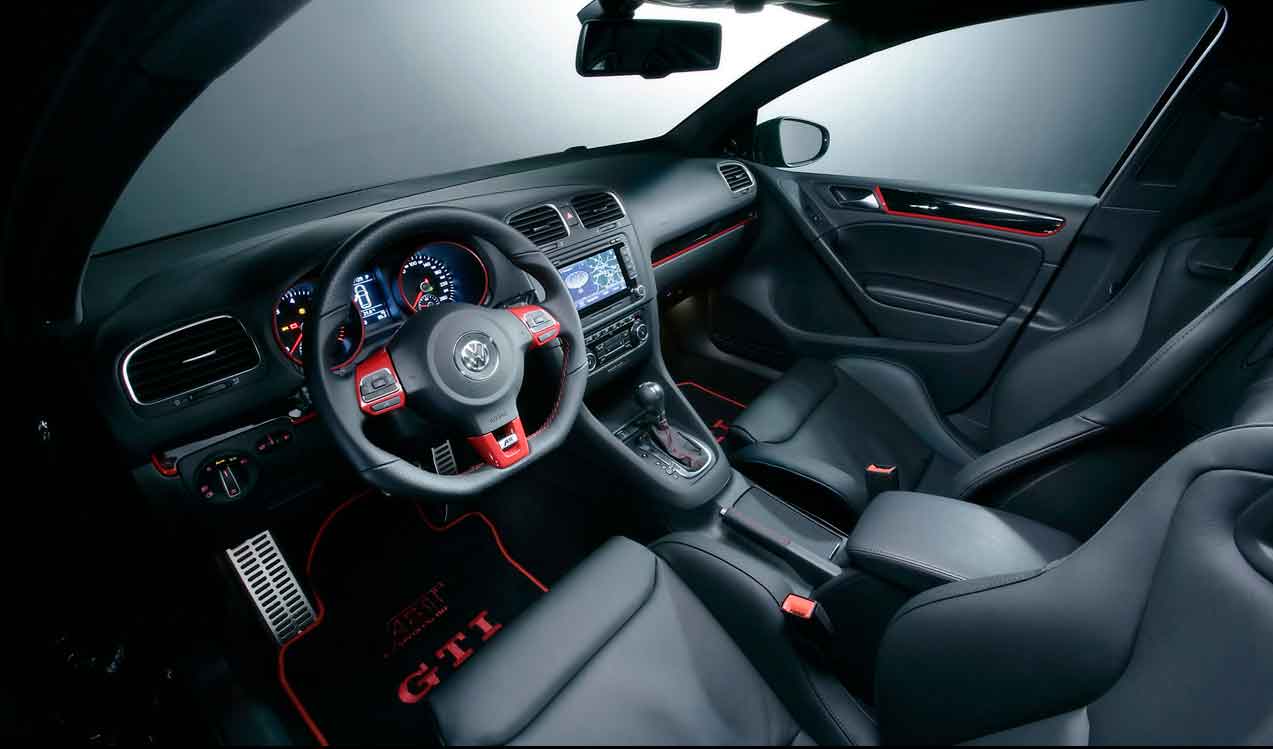