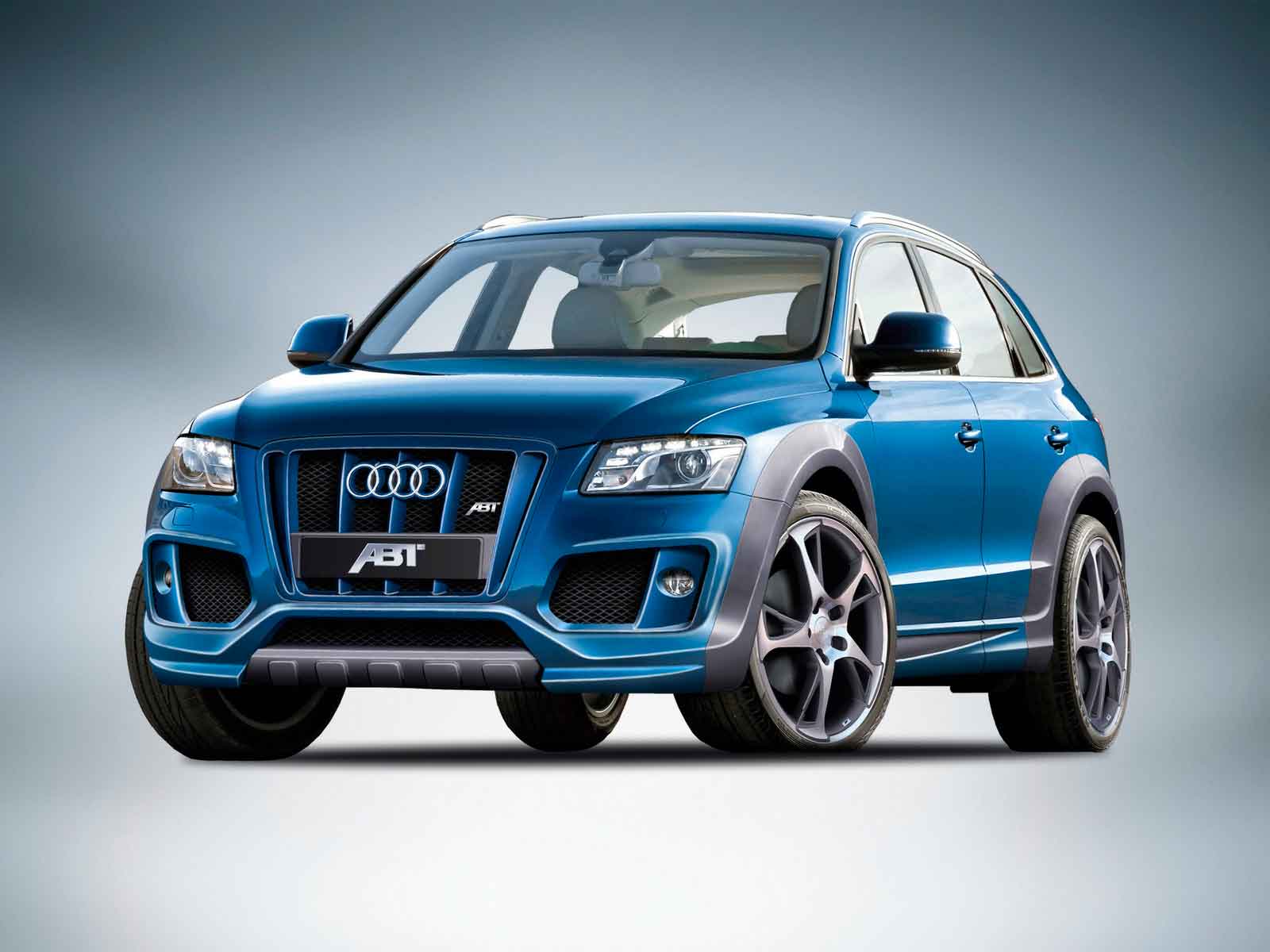 The ABT Audi Q5 is impressing, harmonic and superior from every angle.

When the engineers and designers with ABT Sportsline intend to tune an SUV, you can be sure that the result will be an extraordinary vehicle. That has been the case with the Touareg, AS7 and Tiguan – and that will be continued with the new ABT Q5. The elegant crossover vehicle is by concept a premium model in the category of compact SUVs, but “such a wonderful car always spurs us to create something really special,” says Hans-Jrgen Abt. The managing director of ABT Sportsline emphasizes that it is about “blending our philosophy with the character of the car.” With the ABT Q5, this worked perfectly: The Allgu SUV is fast, beefy, sleek, extravagant, extremely versatile – and therefore evokes five wows.

The ABT Audi Q5 is impressing, harmonic and superior from every angle. The front skirt with the integrated underride protection finds its equivalent in the rear skirt, which, in a very elegant way, also hides the tow bar extendable for use. The mighty front grille, the fender extensions and the dynamic door strip attachments form a unit. The rear wing, the 4-pipe-rear muffler and the BR wheel rim in size 20-inch also fit in optimally into the elegant overall picture. The ABT Q5 is indeed a car for all occasions: No matter whether in front of a luxury hotel or a beer garden, this vehicle fits in everywhere.

The Q5 follows its bigger brother from Kempten, the AS7, suit: the “S” in “SUV” means “particularly sporty”. A genuine ABT always has significantly more power, even more so when all four wheels are powered. The two diesel engines sparkle with energy: thanks to ABT Power, the 2.0 TDI delivers potent 190hp (140kW) instead of 170hp (125kW). The 3.0 TDI delivers the most powerful performance for the ABT Q5: with ABT Power S, it achieves 310hp or 228kW (Series: 240hp/176kW) on any terrain. Particularly impressing: its maximum torque of 610Nm. Also the 2.0 TFSI is suited perfectly for the SUV from Kempten: thanks to ABT Power, 211hp (155kW) are turned into sporty 240hp (177kW).

When a power upgrade is made, suspension and brakes, too, have to be adjusted to the increased power. That is why Abt is offering a fine tuned package for the Q5: suspension springs, lowering of the car’s center of gravity or also the well-proven ABT Level Control, an electronic lowering for the CDC air suspension (Continous Damping Control). Regarding deceleration, the ABT sports brake system provides for a maximum of safety, which meets the increased requirements: the brake disks with a diameter of 380mm are strong enough for the fast SUV – and behind the 20-inch-wheel rims type BR or AR, they also look extremely good.

(from ABT Sportsline Press Release) 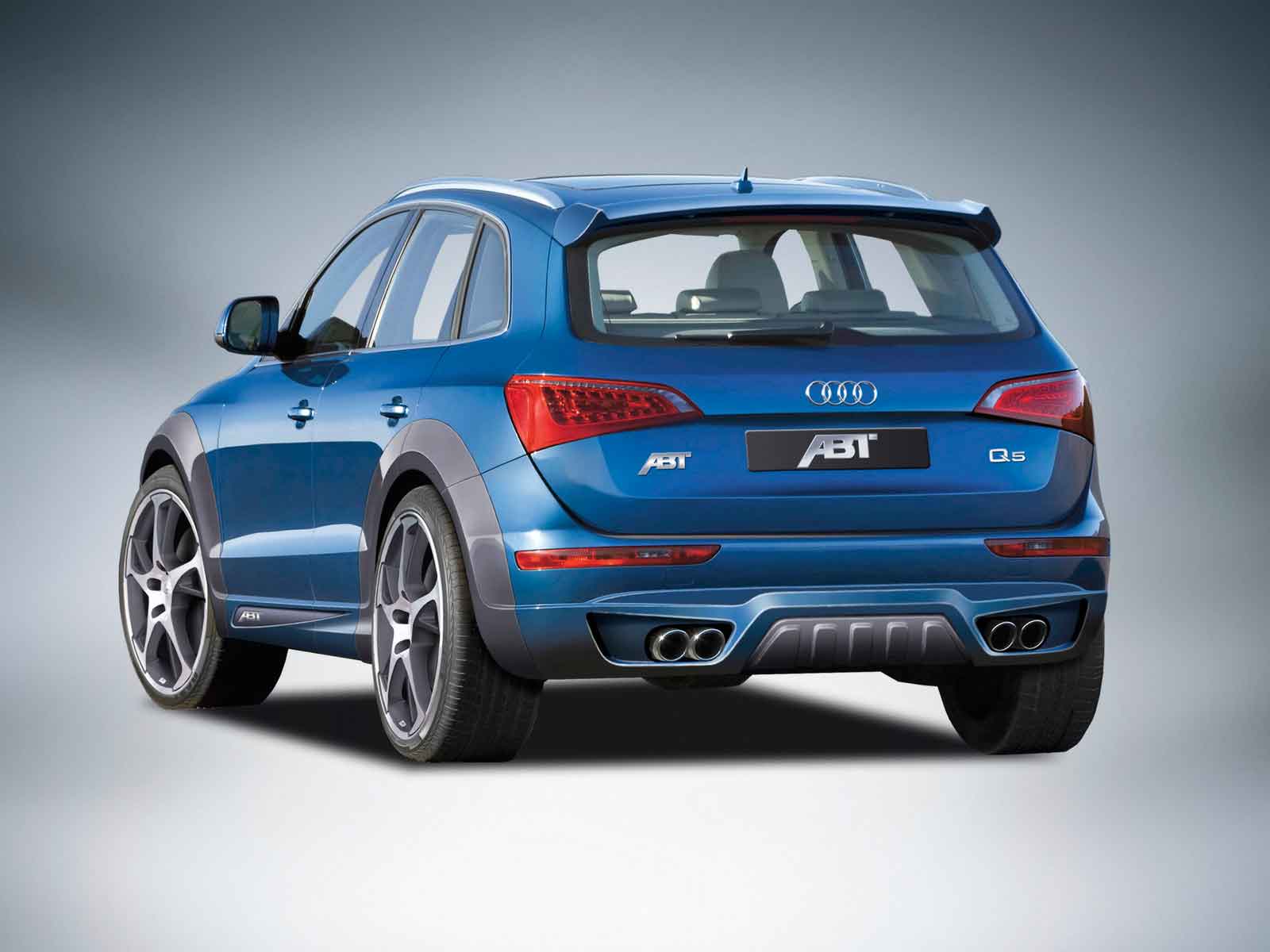