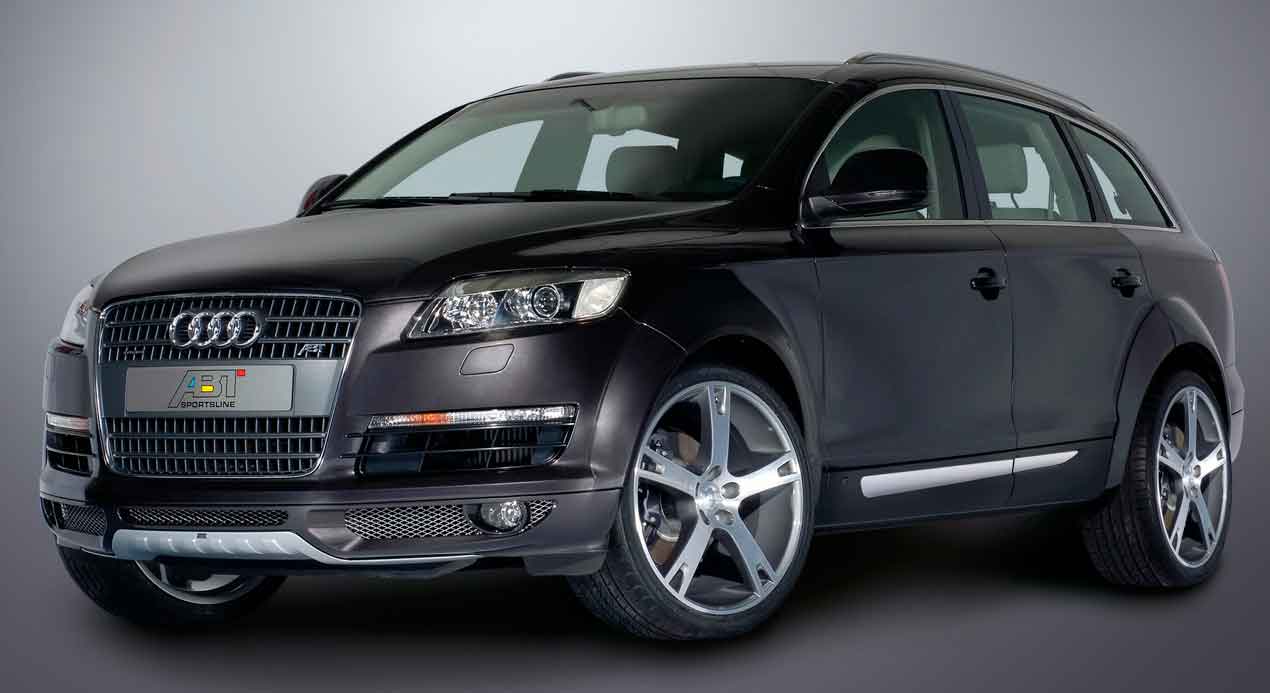 Combined experience: For 25 years Audi has been manufacturing all-wheel driven cars and the successful Kempten-based company Abt Sportsline has been upgrading vehicles for just as long. In the Abt Q7 the know of both companies is combined in a car that meets highest demands.

It is more than a mere successor of the legendary Quattro: The Audi Q7 is the perfect car for every opportunity, as it not only is suitable for all terrains, but a convincingly comfortable car for travelling long journeys at the same time. Since the Q7 innately is a true all-rounder, it proves to be a perfect tuning model. Once again Audi supplies the perfect basis for Abt Sportsline’s experts. The vehicle was optically and technically upgraded without changing its characteristic features.

At first glance the Abt Q7 looks brawnier than its original counterpart which is mainly due to the fender extensions lending the vehicle a more powerful appearance. You can tell that it easily masters difficult terrains. The rear wing completes its harmonious look and ensures that the Abt Q7 never loses wheel grip. By means of a two-coloured contrasting paint in white aluminium on the marked front skirt, the elegant rear skirt and side skirts, the Abt SUV reveals itself as an exclusive cruiser. The vehicle sides are eye-catching as a result of the lateral white aluminium insets which give the Abt Q7 unmistakeable features and dignified and agile looks at the same time. The sporting impression is highlighted by the double twin-pipe exhaust system with a pipe diameter of 84 millimetres and the one-piece wheels. Abt Sportsline’s wheels type AR with diamond-machined surface and exclusive exchange system are already available in the sizes 20 or 22 inch with tyres 275/45 R20 or 295/30 R22 Conti CrossContact. Another wheel option is the 22-inch SP-wheel.

Abt Sportsline’s modifications meet all the Q7’s demands, no matter whether off-road, on motor ways or in front of a luxury hotel, the Abt Q7 is the perfect car for every opportunity. Looks and technology form a unified whole; the Abt Q7 does not only look husky, it really is. Abt Sportsline’s engineers succeeded in clearly enhancing the innately powerful 3.0 TDI power unit. The modified six cylinders V-engine now provides 272 HP instead of the standard 233 and an explosive torque of 580 Nm (standard: 500 Nm).

Audi has been manufacturing vehicles with permanent all-wheel drive for a quarter of a century and the Abt Q7 crowns this development. 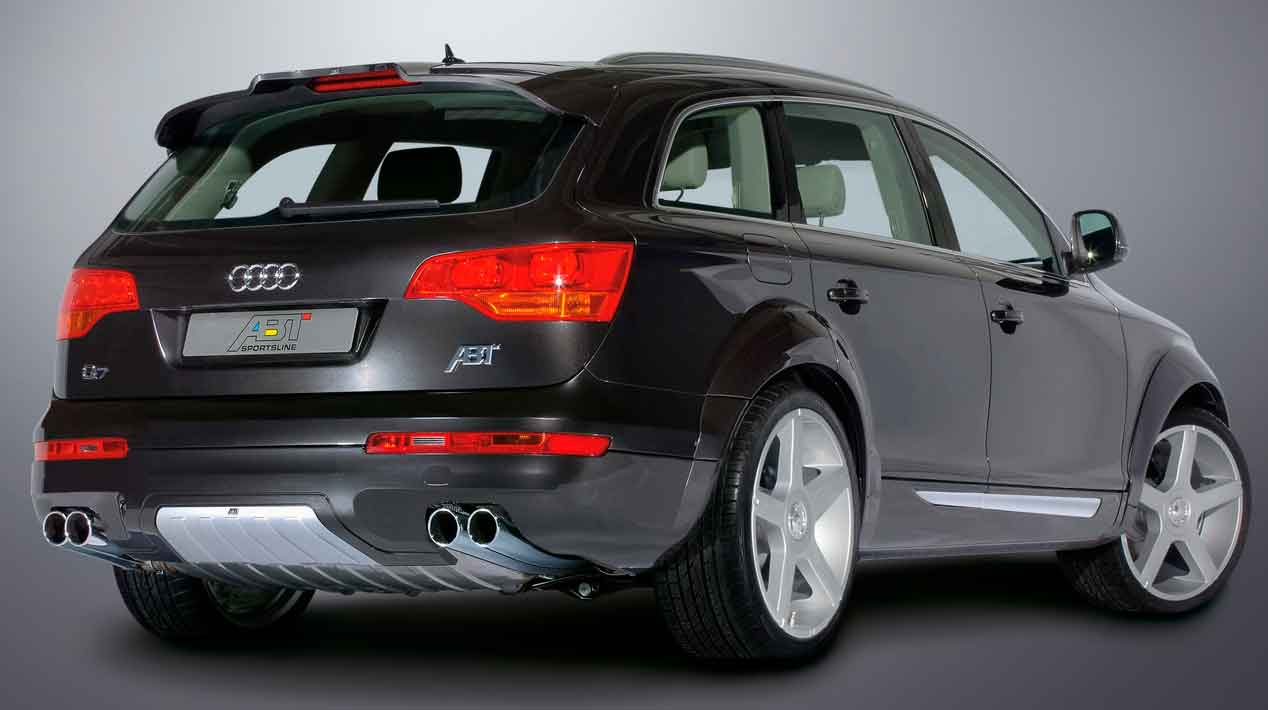