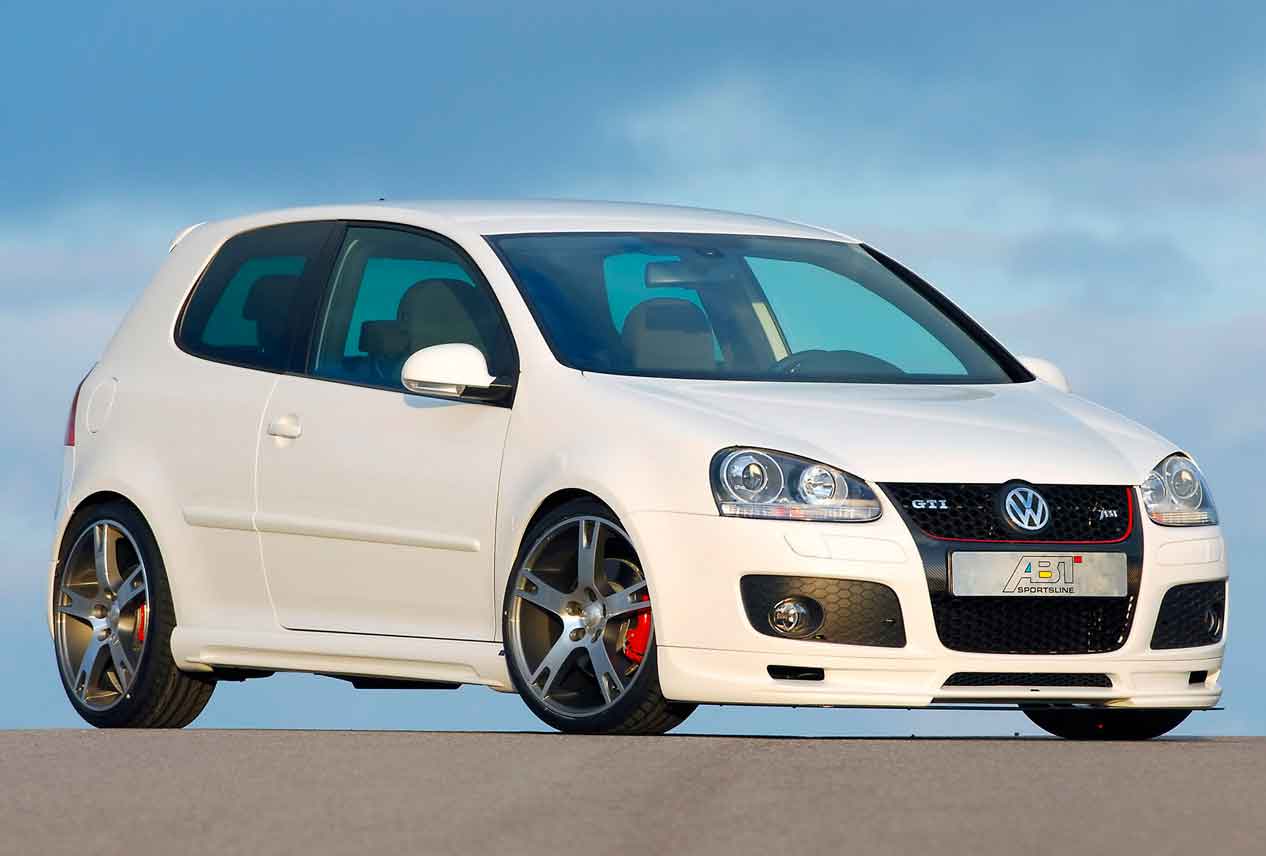 The first version of Abt Sportsline’s VW Golf GTI was a car for real guys and caused a stir among car enthusiasts. Now the Bavarians are going one step further and are presenting the Abt Sportsline GTI VS4-R with 270 HP.

The most powerful GTI from Kempten is a true sports car following the original’s tradition. This is also communicated by the abbreviation “R” that stands for Racing. So therefore it does not come as a surprise that the optical features of the latest GTI model of the Volkswagen specialists express pure motor sport feeling. The aerodynamic kit of the Bavarians tuners comprises a vigorous front spoiler lip, a weight-optimized carbon lip, broad side skirts, a low rear skirt and a marked rear spoiler. The rear muffler with four chrome end pipes does not only highlight the rear but also gives the GTI VS4-R an exciting motor sport sound.

The performance data shows its close relation with motor sport. Below the muscular body of the Abt GTI VS4-R explosive 270 HP and 350 Newton metres are waiting to be freed. These dates mean a power boost of 40 HP and 40 Nm compared with its predecessor. The engineers at Abt Sportsline gained this increase in power for the 2.0 FSI engine by modifying the motor management as well as by developing a new Abt turbo charger. So therefore the top speed of 244 km/h and the sprint from 0 to 100 km/h in just 6.4 seconds are no surprise. Abt Sportsline’s Golf GTI VS4-R is fully qualified for bearing its identification “R” standing for Racing.

Besides its optical features and the powerful performance, special Abt sport suspension springs guarantee sporting driving pleasure. With increasing speed the sport springs show tighter spring characteristics and keep the vehicle firmly on the asphalt. Tight corners and sudden shifts in direction cause danger of addiction. Modifications on the body as well as lowering the vehicle by as much as 40 mm contribute to the extremely sporty looks of the Abt GTI VS4-R.

Abt Sportsline’s light alloy wheel SP1 which has been awarded by trade journals several times and the new diamond-machined aluminium wheel AR guarantee optimal roadholding. Both wheels in the classical five-spoke design are equipped with SP SportMaxx tyres of technology partner Dunlop in the dimension 225/35 R19.

The design is also continued in the interior of the current Abt Sportsline Golf GTI VS4-R. The steering wheel, aluminium gear shift knob and floor mats bear the characteristic Abt logo and communicate motor sport feeling.

The new GTI VS4-R by Abt Sportsline with 270 HP is the most powerful GTI model from Kempten and rightly carries the “R”. This power-boosted version definitely is a real race GTI. 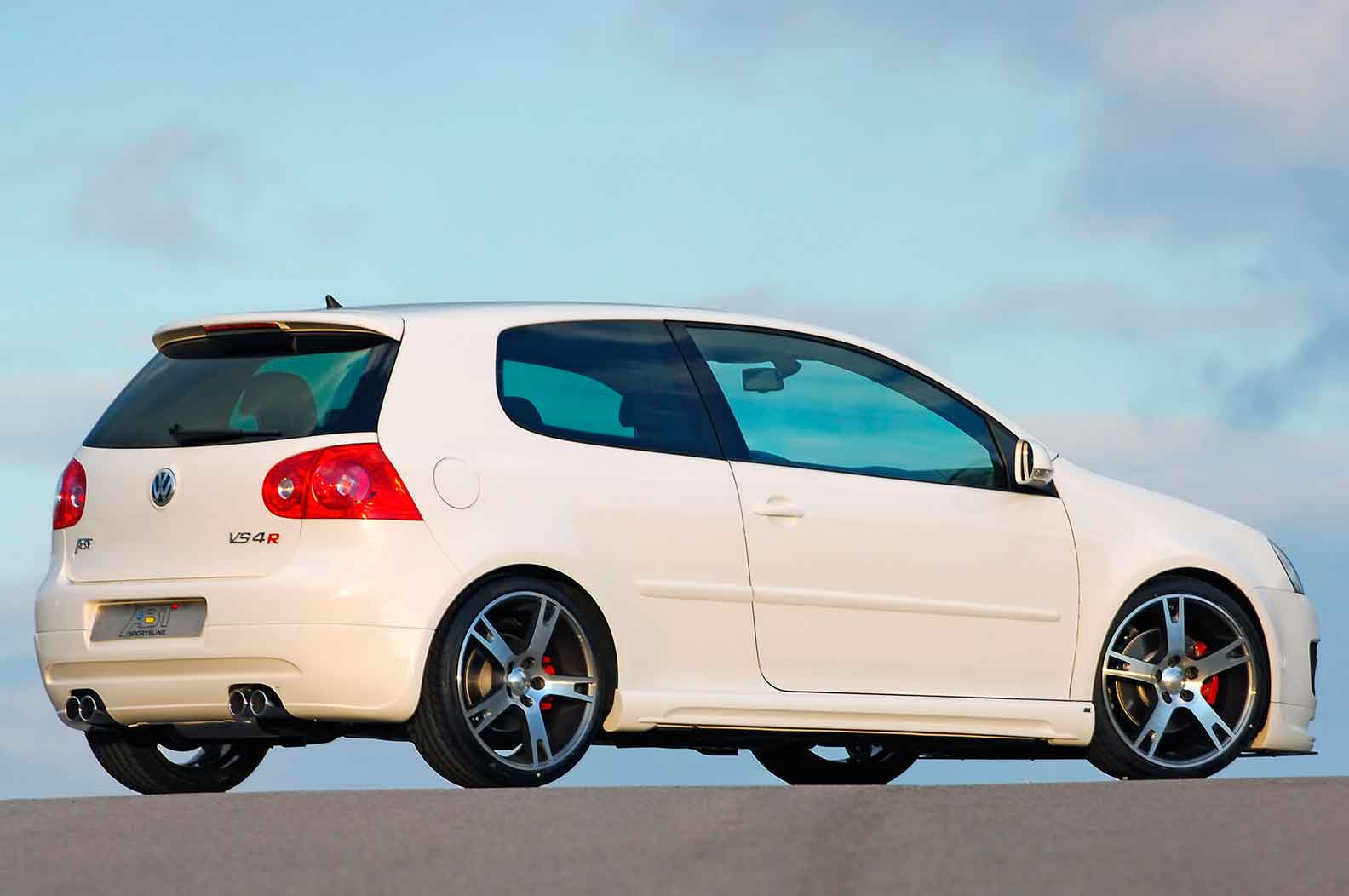