The USAF requested a couple of special passenger cars to use in the “Supercar Project” a campaign across America to recruit the next “top guns”, two unique cars that were “radical on wheels”, cars with similar modifications to airplanes and Lambo gull wing doors, vehicles that reflected the new USAF advertising slogan: “Nothing can match the speed, power and reach of the U.S. Air Force!

The black, stealthy Dodge Challenger Vapor Air Force features biometric access to open vertical doors, a custom Stealth body kit with Jet upgrades and a carbon fiber exterior trim. Other exterior components include carbon fiber wheels, a custom exhaust mode that allows the vehicle to run in complete silence or can open the heads to facilitate aggressive engine sound, the hood of the agitator, the paint that absorbs the radar, proximity sensors and a 360-degree camera with a range of 0.93 miles.

The interior of the “Galpin Auto Sports – Dodge Challenger Vapor” is complete with airplane style controls, side passenger steering wheel, GPS tracking, night and thermal vision through a film on the front windshield, and the most technologically advanced computer system with UAV-type remote control access from anywhere in the world via the Internet. The ‘Steam’ also comes with two custom flight helmets in line with the vehicle’s Air Force theme. 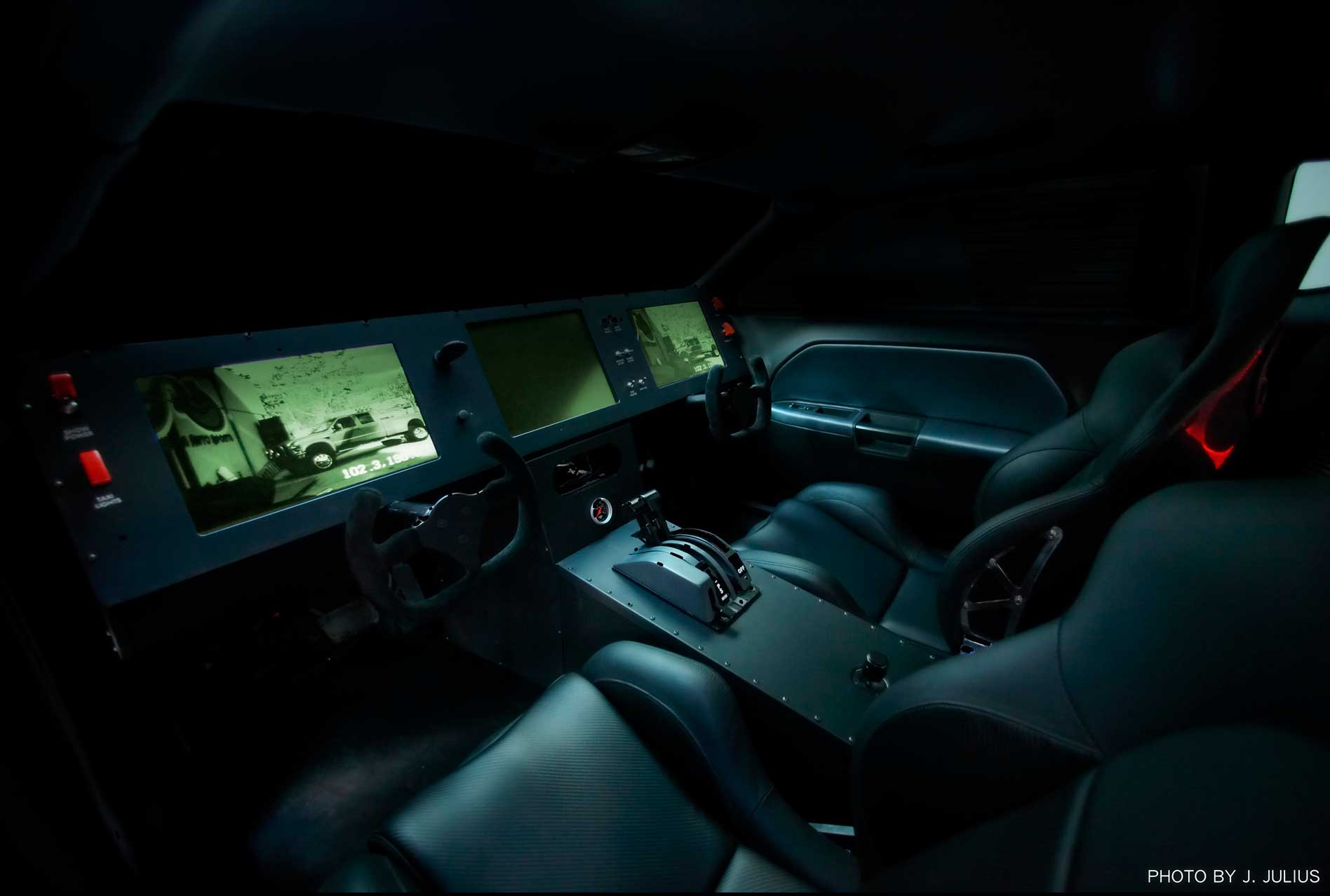