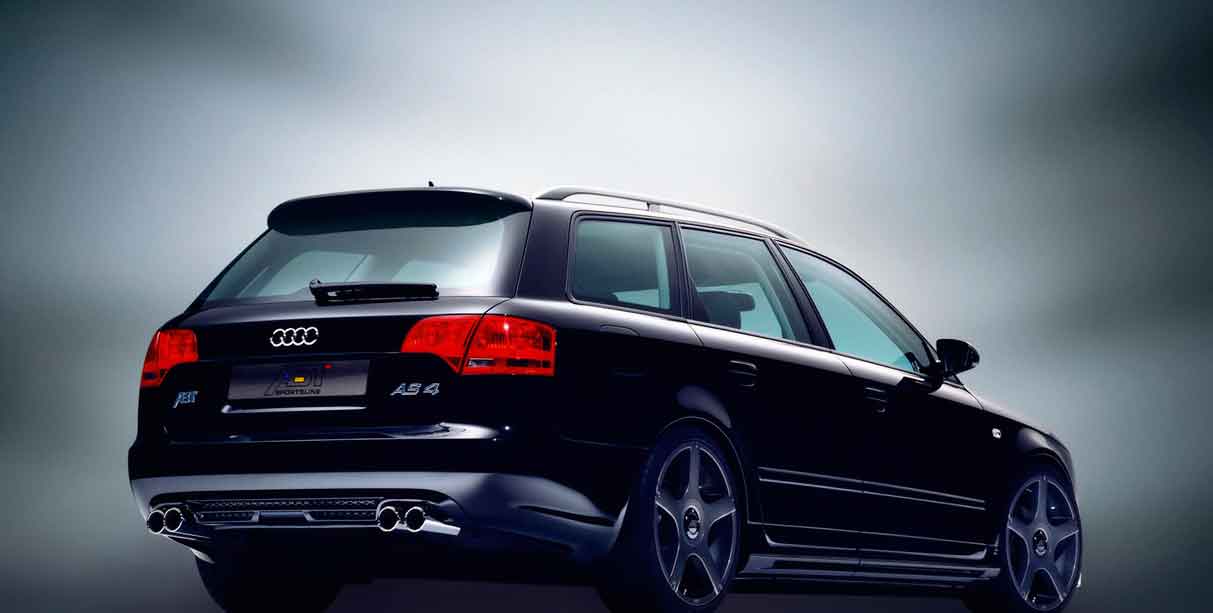 Based on Audi A4 Avant.

According to Audi, the new A4 Avant is far more than just a nice station wagon. Though by saying this, the car manufacturer from Ingolstadt for sure did not mean Abt Sportsline’s version, the new Abt AS4 Avant confirms this statement to 100 per cent all the same. But as a matter of fact there is a lot more to the model from Kempten than it just being a nice representative of its class. It is an elegant and sporty station wagon which above all convinces with personal qualities.

The Abt-engineers have developed specifically tuned power upgrades for the 1.9 TDI, the 2.0 TDI and the 3.0 TDI. Hence the power of explosive 140 HP in the 1.9 TDI and even 170 HP in the 2.0 TDI is waiting to be freed. After the Abt-power upgrade the top model 3.0 TDI quattro possesses 252 HP and a torque of 505 Nm. This means a plus of 48 HP and 55 Nm compared with the standard model. The Abt-engineers gained this additional power by modifying the motor management. Thus the 3.0 TDI Abt-station wagon races from zero to 100 km/h in just 7.5 seconds and reaches a top speed of impressing 243 km/h. A power upgrade to 230 HP for the 2.0T FSI version is currently being developed.

The enhanced motor performance is transmitted onto the asphalt through specially tuned suspension kits. The progressively operating suspension springs or suspension kit which is adjustable in height, optimize the station wagon’s driving dynamics and lower the body by approximately 40 millimetres. All these factors convert the Abt AS4 Avant into a true sports car.

In accordance with the driving performance, the AS4 Avant optically presents itself in a sporty and elegant outfit, too. The special aerodynamic body parts such as the shapely Abt-front spoiler lip give the station wagon a sporty and marked face. Broad side skirts skilfully underline the dynamic design of the standard model and make the AS4 Avant look like a real power package on the road. The rear end carrying the rear wing demonstrates pure sportiness. The rear skirt with the 4-pipe rear muffler bearing the Abt-logo is a real eye catcher. It is remarkable that all parts still look noble and elegant despite their sporty features.

For the sporty and elegant AS4 Avant Abt Sportsline offers various light alloy wheels from 16 to 19 inch. The one-piece cast wheels in the classical five-spoke, 19 inch-design can be equipped with tyres in the size 235/35 R19 of technology partners Dunlop or Continental.

The new Abt AS4 Avant definitely is more than just a nice station wagon. The elegant aerodynamic body parts and its powerful performance convert it into a noble sports car. 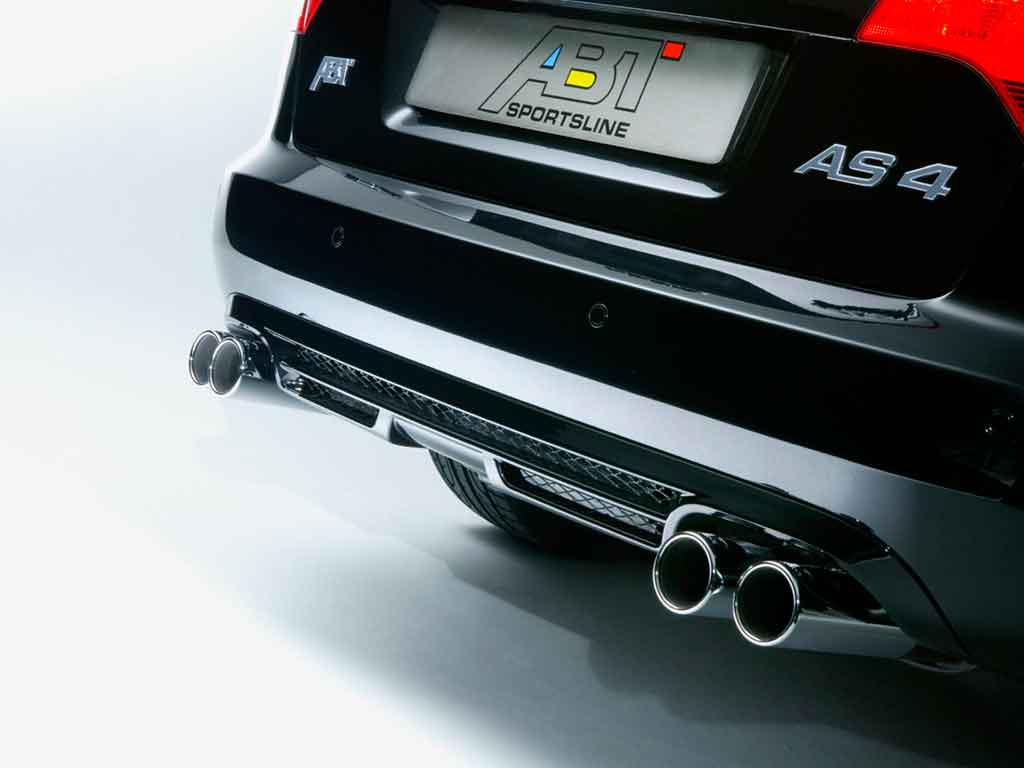