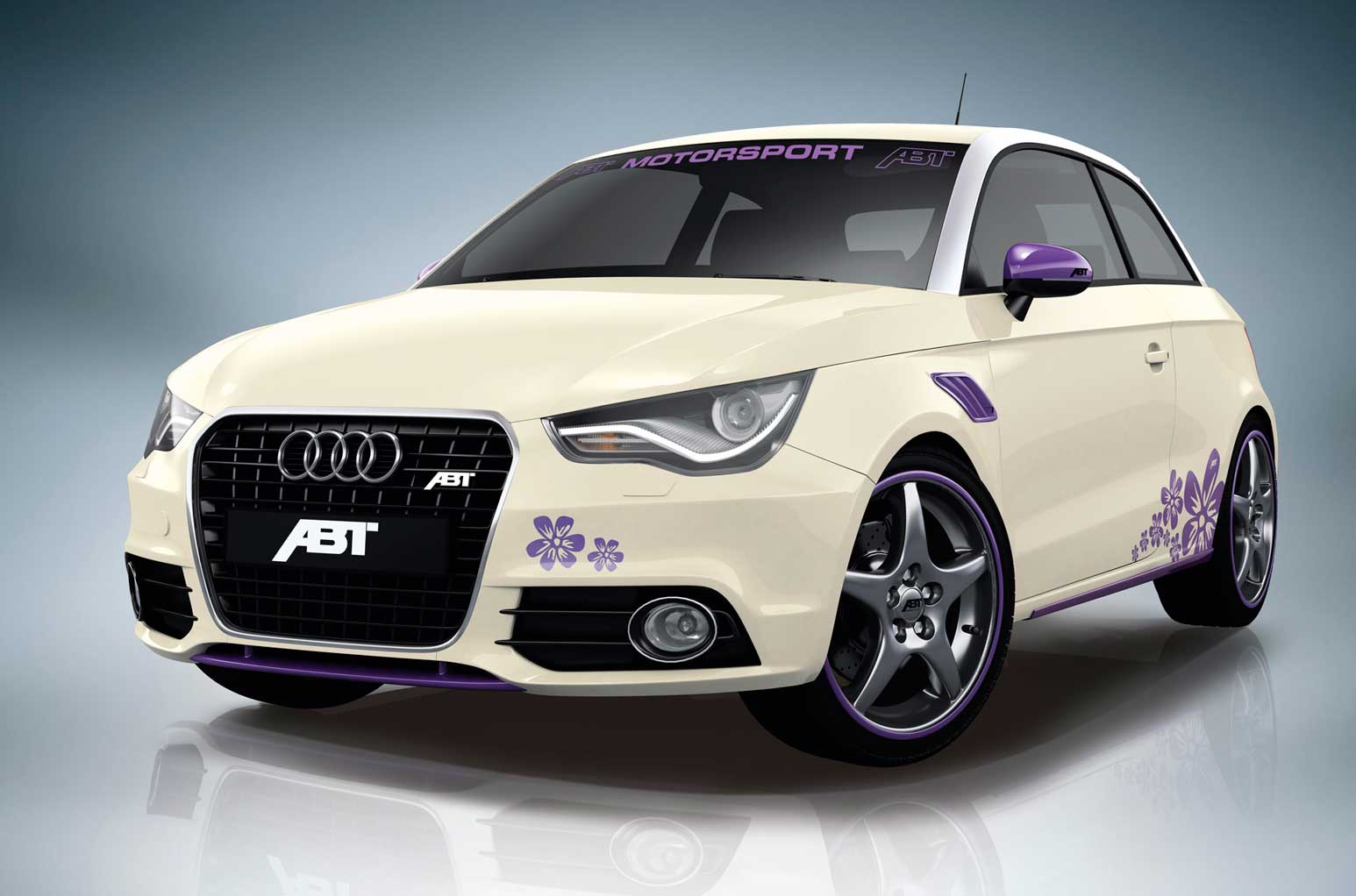 Bold, fresh and agile – the new cool Abt Audi A1

It is the new big ABT. With the new A1, premium quality can now be experienced in all classes, says Hans-Jürgen Abt. The General Manager of the worldwide largest tuner of vehicles from the VW group stresses that driving enjoyment and agility are particularly important characteristics of the ABT A1. The latest ABT is also a real sports car. Thanks to ABT POWER the cool little car brings more performance to the road: with the 1.2 TFSI the standard 86 HP (63 kW) becomes a dynamic 115 HP (85 kW), while the larger 1.4 TFSI now offers 150 HP / 110 kW (compared to 122 HP/90 kW) after the rejuvenating therapy. The economic diesel engine with 1.6 litre cubic capacity is now even better nourished: depending on the basic performance, up to 125 HP (90 kW) is put to work. Thanks to the performance springs and the lower centre of gravity the A1 also lies “full” on the road and in particular ensures enjoyable car driving on winding country roads.

Cool, trendy and extravagant, all good things come in threes with the new Abt Audi A1. This is because the innovative yet traditional company offers precisely this many different design versions. All versions of the ABT A1 are real eye-catchers:

– the bright red KLECKS (literally “splash”) model with its casual splashes of colour stands for the urban lifestyle in the A1.

– ALOHA is the laid-back “beach boy” for everyone who prefers relaxed enjoyment.

– The “evil brother” of these two versions is always a live-wire: HIGH-VOLTAGE is the name of the “most toxic” skull design of the Abt Audi A1.

All three versions of the new big ABT reflect its characteristic appearance in clever details: fender inserts, the rear apron insert, rear spoiler, mirror covers, the front lip and side skirts are set in the offensive colours of green grass (HIGH-VOLTAGE), lavender (ALOHA) or brushed aluminium (KLECKS). And even the foot mats pick up on the design. It has never been so nice to rest your feet on good taste.

ABT Sportsline can also mount a sporty double-pipe sports rear muffler and the five-spoke wheel Z in the dark “Titan” colour. Available in 17 or 18 inch, when paired with the ABT Alloy rings in the colour of the ABT design, the alloy always seems one size bigger than it actually is and the A1 thereby even more dominant. It goes without saying that complete wheel sets are also available with fitting high-performance tyres. This is because regardless which ABT A1 the customer chooses, he/she gets a dynamic vehicle from the top class. The ABT MOTORSPORT logo on the upper edge of the windscreen of each A1 signalises where the newcomer is from. The ABT A1 is a red blot (KLECKS) on the monotonous landscape of “normal” cars, calls out a bold ALOHA to the silver and black majority and energises its drivers with HIGH-VOLTAGE. 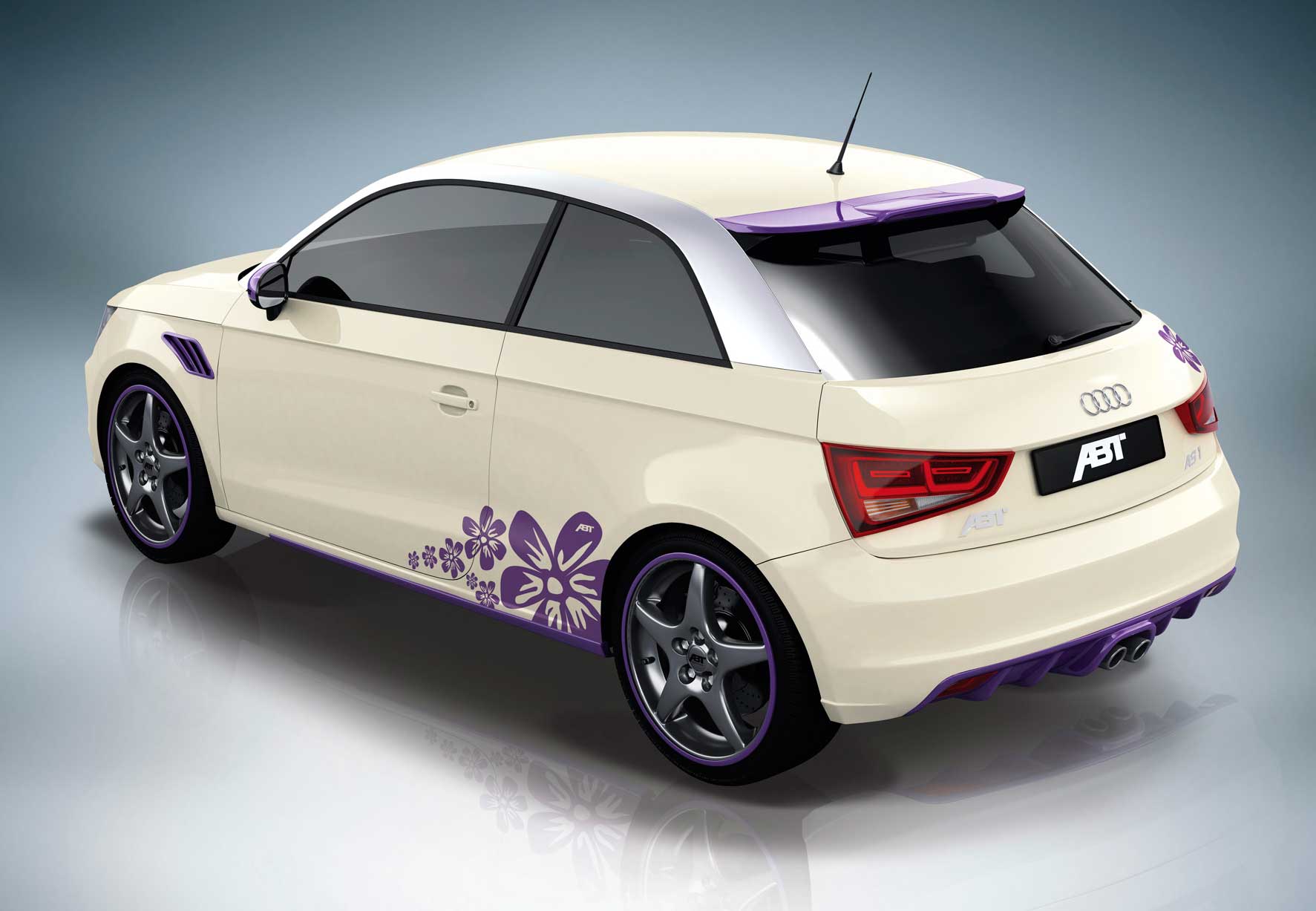